Brian and I bought two of these bar stools shortly after we got married in 2003. They were a perfect fit for the bar counter in our first apartment, but obviously not a great fit for the island in our new house. Sitting in these stools is pretty awkward. If you can manage to squeeze your legs in, you end up towering over the counter. Not fun. 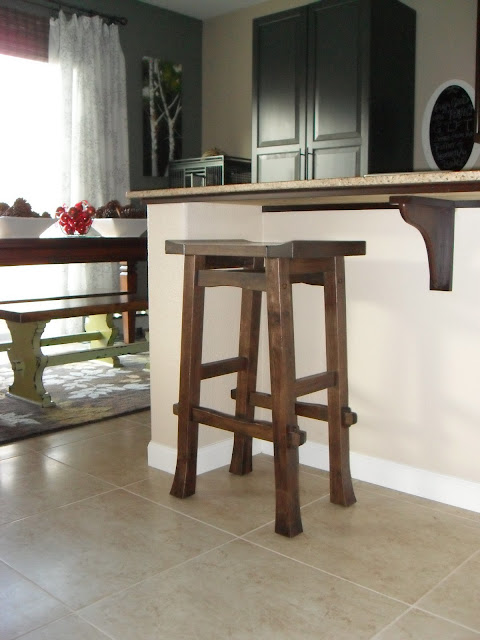 So, on Black Friday 2011 as Brian left for a few hours at church, I resolved that today would be the day I finally addressed these stools. As much as I love buying new furniture and fun tidbits for the home, I am also horribly cheap. So.....I opted to try my hand at shortening the stools instead (and if I ended up ruining the stools, I'd at least have a great excuse to buy new ones).
I removed the tops of the stools, and separated the stool base into two halves. (Sorry, it's kind of hard to see the brown stools on the brown rug....but isn't my new area rug amazing? Squeeee!!) 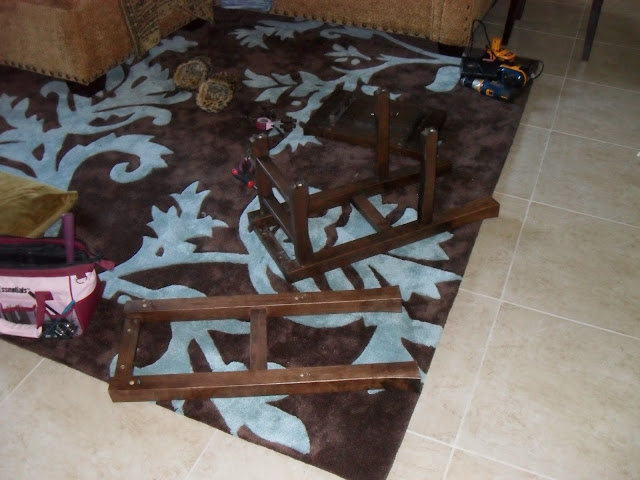 The stools were just shy of 30 inches tall originally, and I planned to shave off about 5.5 inches. However, as I was dismantling the stools, I noticed each of the legs had a notch mark at exactly 4.5 inches, where clearly the foot of the stool was attached as a separate piece. I figured I could take advantage of someone else's measuring, even if it meant only shaving off 4.5 inches instead of the original 5.5 inches. 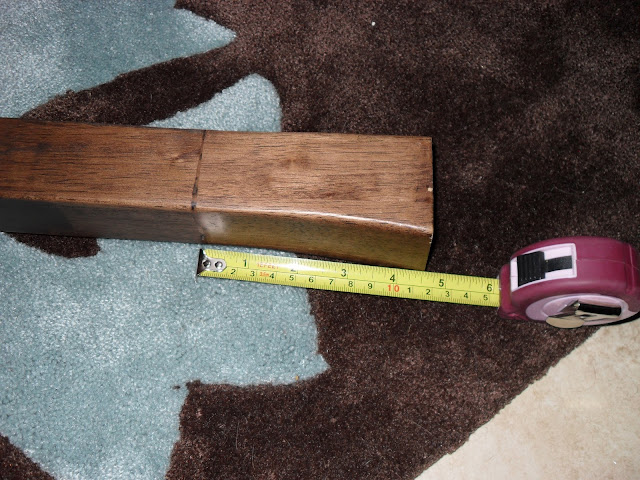 That was a BIG mistake. Turns out the first leg I sawed through was secured with two metal screws, instead of the wood dowels I anticipated seeing. Oopsie!! I used a miter saw to make the cuts and the sparks were flying! I was wearing eye protection, but it was still scary. The smell of burned metal filled the air. Eek!!

I decided to try cutting an additional inch off (so, now I was back to my original 5.5 inches) and that did the trick! I was able to cut just above the metal screws and the scary sparks were no more. Woo hoo!
I finished making my cuts, reassembled the stool bases, and sanded the stools lightly. 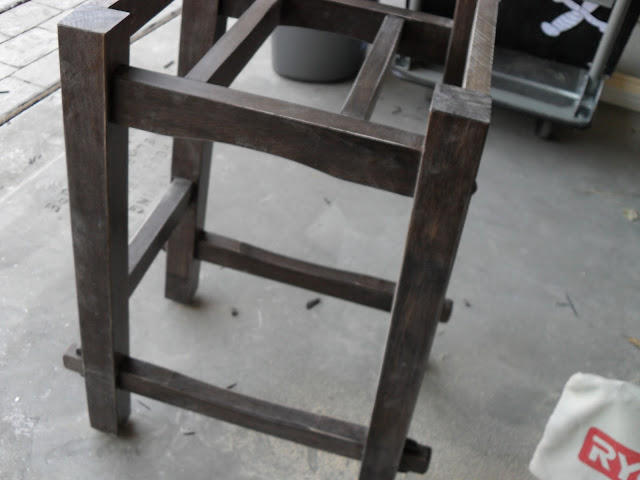 The first coat of paint went on and it was basically love at first sight. If I was a cartoon, my eyes would have turned into big red hearts, and small woodland creatures would have started to throw meaningful smiles my direction.


I opted not to use a primer coat, because, to be honest, I don't really know how to gauge when primer is a needed or not. I had purchased four cans of spray paint, so I figured I could apply several coats if needed. If anyone has any tips regarding when to use primer, please share!
Patience is key is spray paint, as you want light coats to avoid dripping.

Once the last coat was on, I let these bad boys sit for 24 hours before handling....I probably could have handled them sooner, but I wasn't in a rush so I figured the extra time couldn't hurt. 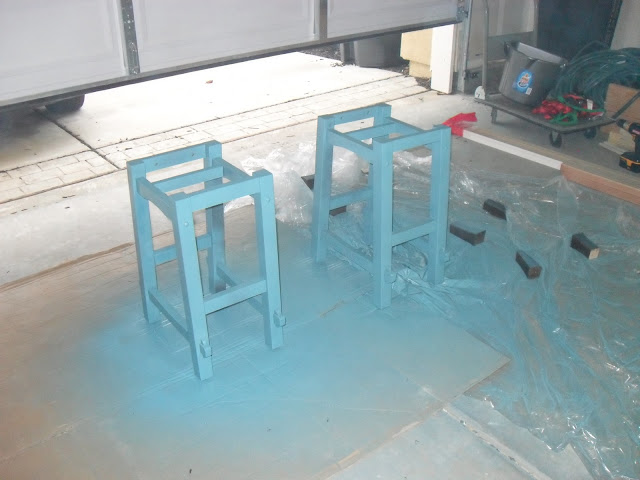 I reattached the tops, and....voila!! I'm so happy with how they turned out. What do you think? 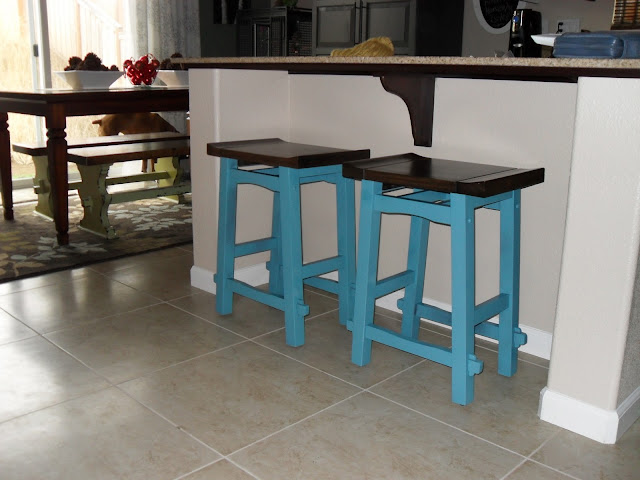