It's chipotle time! With the weather outside being a bit chilly this time of year, I like to turn up the heat with a little spice. Brian and I enjoy a moderate amount of spiciness...if my nose is running and I'm sweating a little, BUT I can still taste and enjoy my food, that means the food is spiced to my liking. Put another way, when we go out for Indian food, we usually opt for mild, with maybe one dish served at medium. We have no street cred when it comes to spiciness, but that's ok because we know what we like, and enjoy it!

So, on this fine evening, chipotle pork arepas with a chipotle aioli was the name of the game! 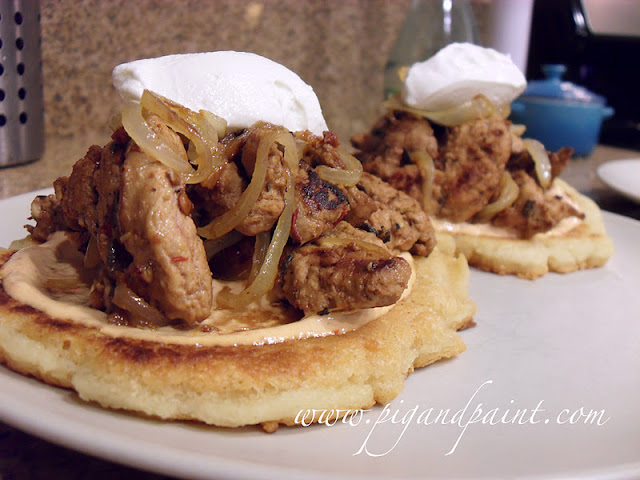 To prepare the pork, I followed this recipe from Cooking Light magazine. The recipe called for a pork loin to be pounded to a 1/4-inch thickness, between plastic wrap. I like to also lay down aluminum foil, so that I don't have to soil multiple cutting boards and so I can easily set the meat aside without having to worry about making my kitchen nasty. 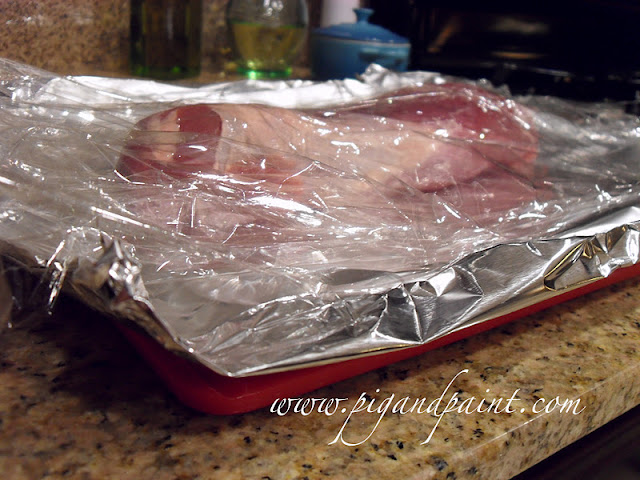 So, I pounded and pounded....at this point, I was working up a sweat to I took off my sweatshirt, because I was bringing the PAIN to this pork loin.

I set the flattened pork loin aside. 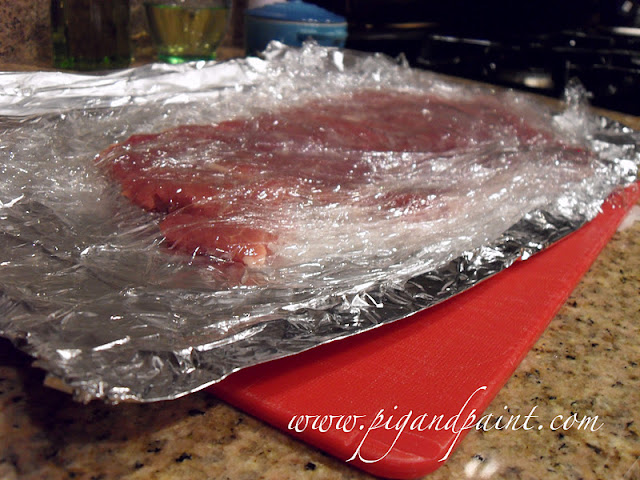 I didn't have shallots on hand, so I opted for one-half of a sweet vidalia onion instead, thinly julienned. 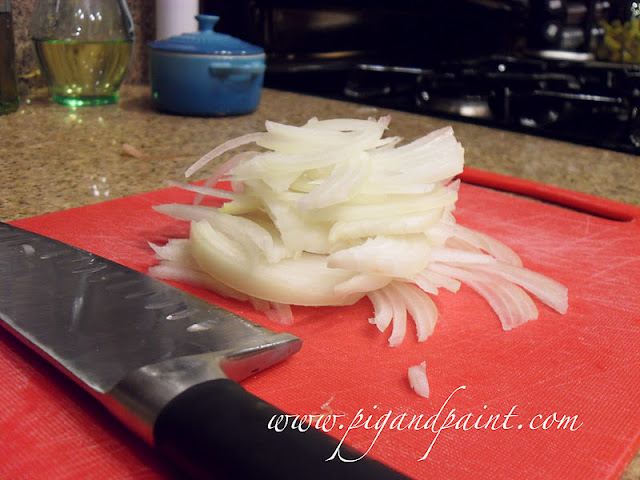 And then out from the pantry sprang my can of chipotles in adobo sauce! Don't mind the can....he's a nudist. It's what's on the inside that matters. 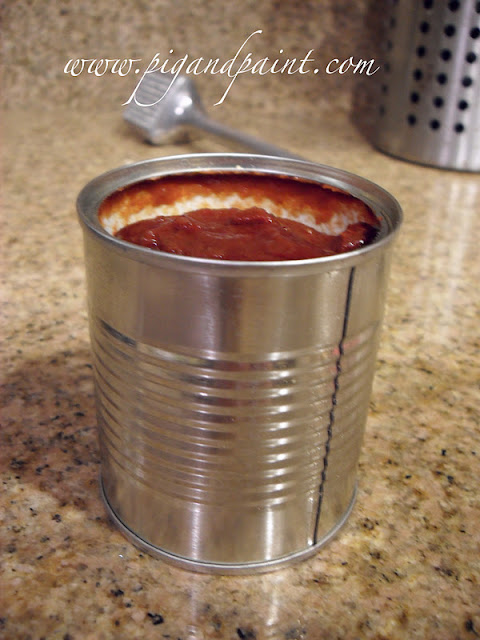 By the way, let's take a moment to practice proper pronunciation of the word "chipotle." It's chi-POTE-lay. Say it with me....chi-POTE-lay. It STILL cracks me up to this day when I hear people say "chi-POLE-tey." But, that's just because I'm a dork AND a nerd.
The chipotles made an appearance in the pork, but I was craving something a bit more decadent as well. And so....I invented my own version of a quick, finger-licking good chipotle aioli.
You can access a printable version of my aioli recipe by clicking here. But here's how it went down...
Ingredients:
Add the chipotle peppers, garlic, mayo and sour cream to a food processor. Blend ingredients for about 60 seconds or so, until the mixture is smooth. Add salt and pepper, to taste, and pulse about 5-7 times until incorporated. And then resist the urge to eat the entire thing with a spoon. 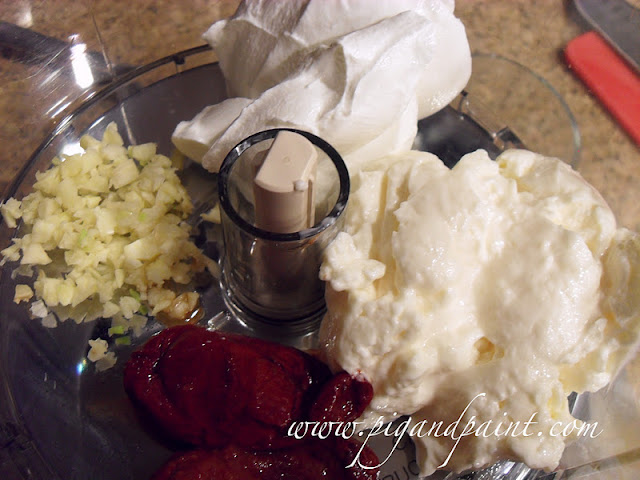 I'm not going to lie....I tasted this, high-fived myself, and then licked the bowl clean. 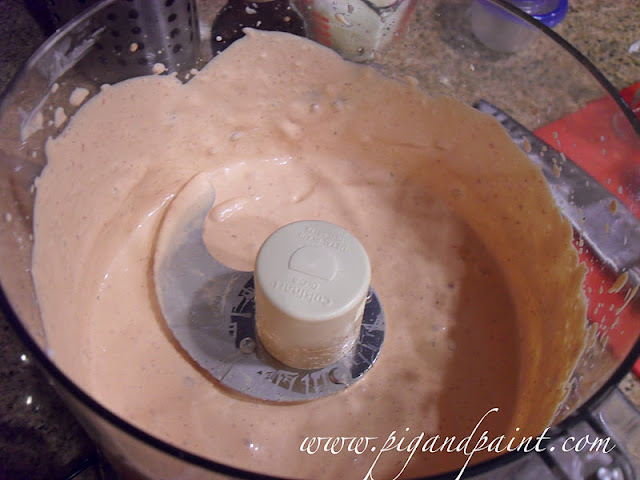 I transferred the mixture to a plastic container and let it chill out in the fridge. Can you tell I LOVE this aioli? 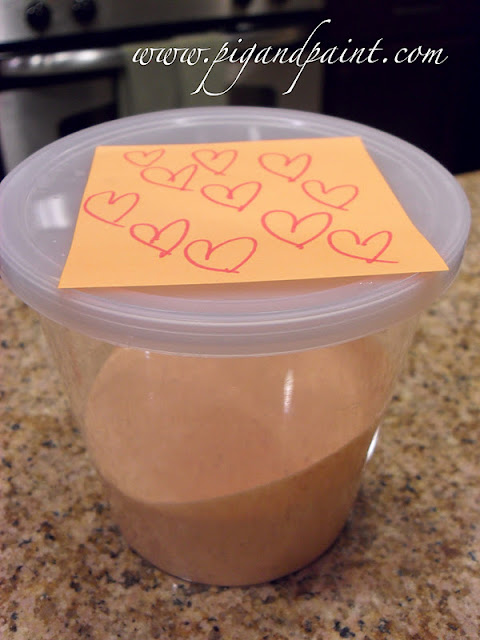 Let's head back over to pork-town. I added the ingredients for the marinade to a bowl (minced chipotle, brown sugar, lime juice and zest, salt, pepper, and oregano).

I want to pause for a moment and share fun little citrus tip. I recently needed a single, solitary lime for a recipe a few months ago. I headed over to my local Safeway and discovered that, for reasons still unbeknownst to me, they were only selling limes in bulk. I searched high and low, and verily a single, non-bulk-packaged lime could not be found. I ended up coming home with a bag of limes. I used one lime for my recipe (I think it was a white chili in the crockpot or maybe it was this tortilla soup). Anywho...here's what I did with the rest of my limes:


So.....he's my baggie with my lime cubes. I used one and a half cubes for the pork. 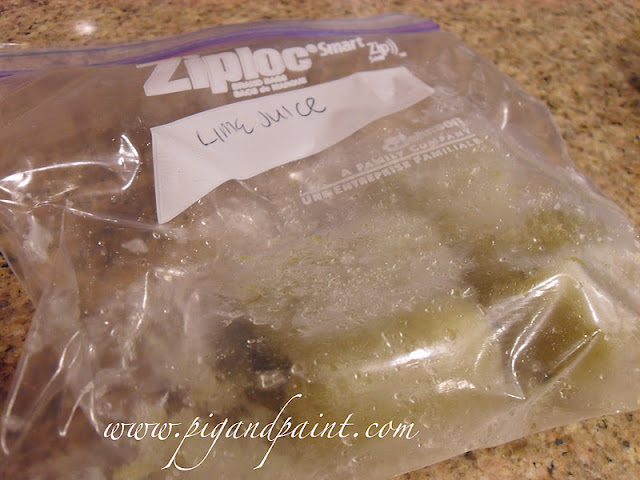 I sliced the pork into think strips and tossed it with the marinade. 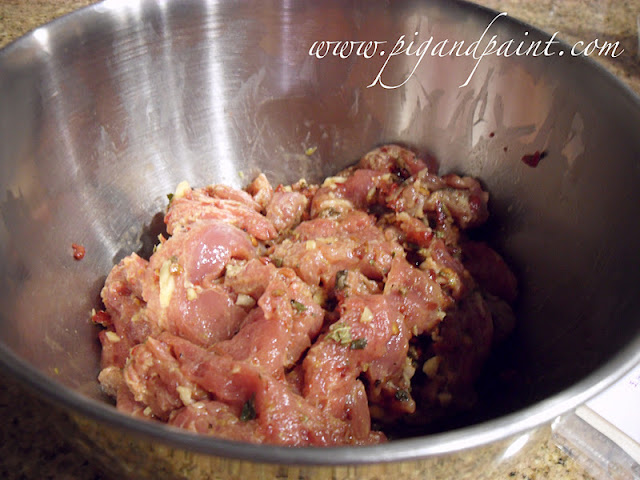 The onions sauteed for about 5 minutes. 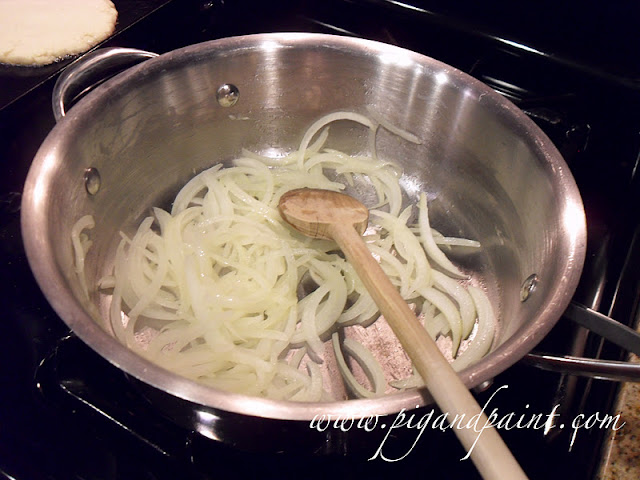 And then the pork hit the griddle. 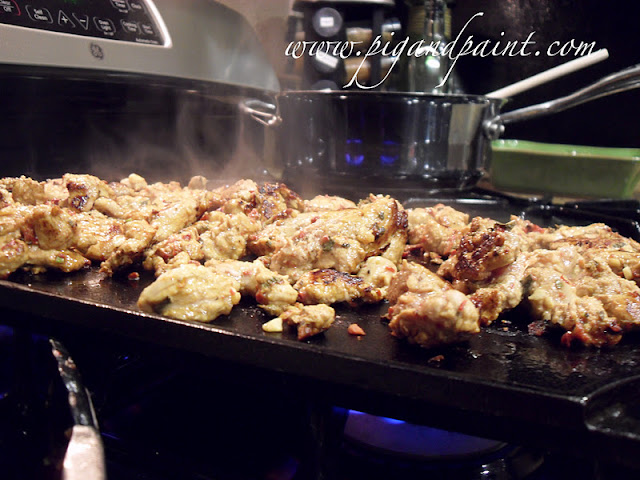 I tossed the pork and onions together. 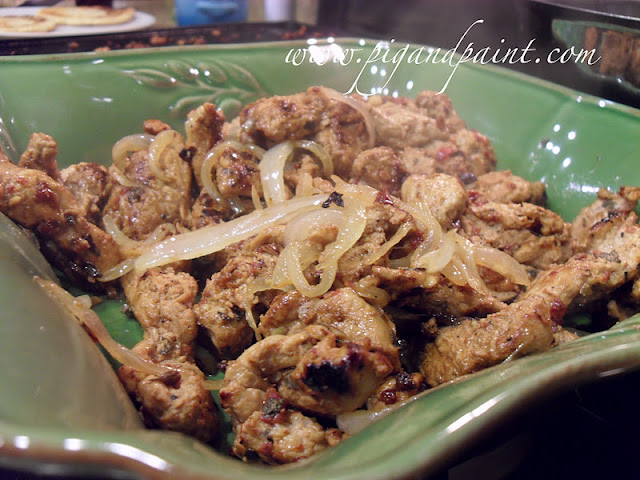 Instead of using tortillas, I whipped up a quick arepa dough and served the mixture atop. You can find my arepa recipe here. I topped each arepa with some of the aioli, the pork mixture and finished it with a dollop of sour cream. Delish!!