Stop what you're doing, and prepare to be hit in the face with awesomeness. This is one of the tastiest meals that will ever punch you in the palette. {sorry for the violent analogies...I'm just so pumped about how incredibly delicious this was} 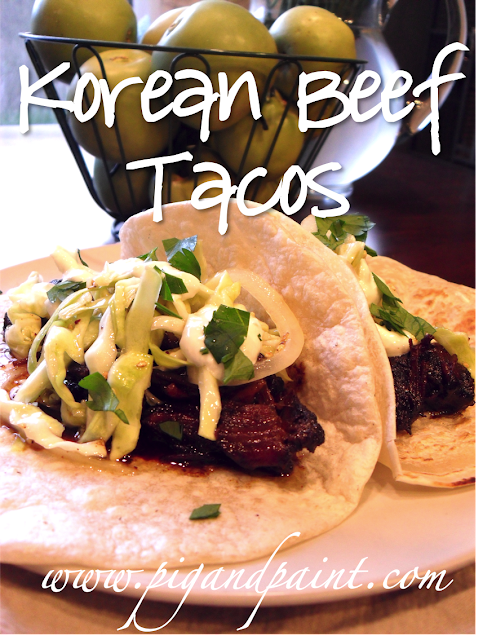 This story began earlier in the day, with a super romantic email to my dear husband...


To: Brian
Subject: Dude.
"Two things. Number one -- "Your Great Name" by Natalie Grant. Dude. DUDE. Listen all the way to the end for the money note. Number two -- I'm making Korean beef short ribs in the crockpot (for tacos tonight!) and it smells so freakin' fantastic, I feel like I need to punch something to keep myself from licking the walls."
You need to understand that this meal is serious business. The beef short ribs smell so ridiculously good while they're crock-potting, that well-intentioned, will-power-lacking individuals need not attempt it. I'm not joking. You will literally go grape-nuts-caliber koo koo bananas from the torture. Forget dark room interrogations! The mafia should be using this recipe to trigger confession.
So without further ado, I followed this crock pot Korean beef recipe almost exactly, adding the extra optional water. I didn't have Srircha, so I used some Tabasco sauce instead. Go to the link above, and print out the recipe.
I did not, however, use the cucumber garnish recipe on the link above. I created my own toppings and garnishes....and boy, I was glad I did! Here's what I made: 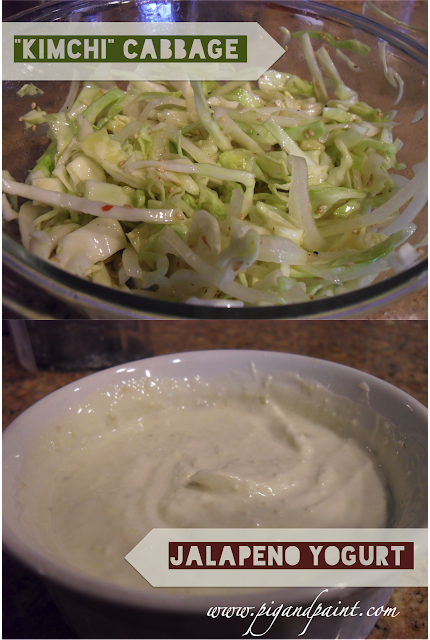 The beef has such a rich, sweet, almost-barbeque flavor, so it needs the tanginess of the "kimchi" 'slaw and the cool, creaminess of the jalepeno yogurt. The three components together really made the perfect bite.
"Kimchi" Cabbage Ingredients
Toss sliced cabbage and onions together in a bowl. In separate bowl, whisk the remaining ingredients. Pour the mixture over the cabbage and onions, and toss until cabbage mixture is coated. Use within an hour.

I'm calling this "Kimchi" Cabbage because I don't know how to make kimchi, but kimchi loosely inspired my choice of ingredients for this recipe.
Jalepeno Yogurt Ingredients
Place all ingredients in a food processor and blend until smooth.
We cooked up our tortillas (we have the "raw" tortillas from Costco that we cook at home - many thanks to my friend, Marlene, for the recommendation!!), and started building our tacos. Beef, 'slaw, and yogurt. Done. 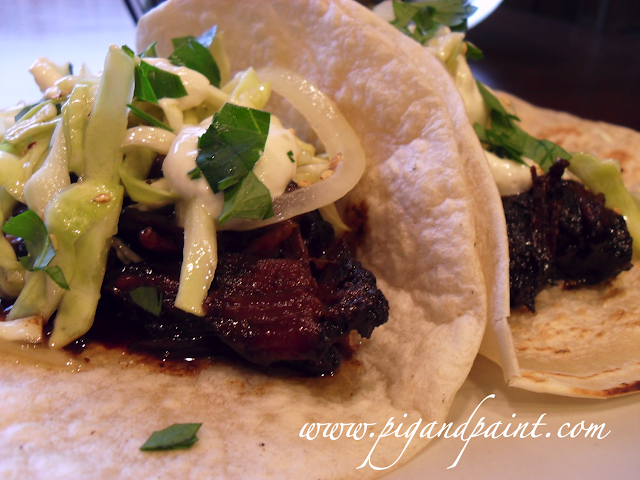 Our conversation during dinner consisted solely of approving grunts. Every once in awhile, one of us would slam our hand on the table, eyes closed, savoring the flavors. I cried at one point. Later, Brian held up his index finger and shhh-ed me (even though neither of us were speaking) simply to indicate that he was currently enjoying "the perfect bite."
When the meal was over, our hands were so messy, we both walked straight to the kitchen sink with our arms up, like we were prepping for surgery. This was hands-down, one of the best things I've ever made. 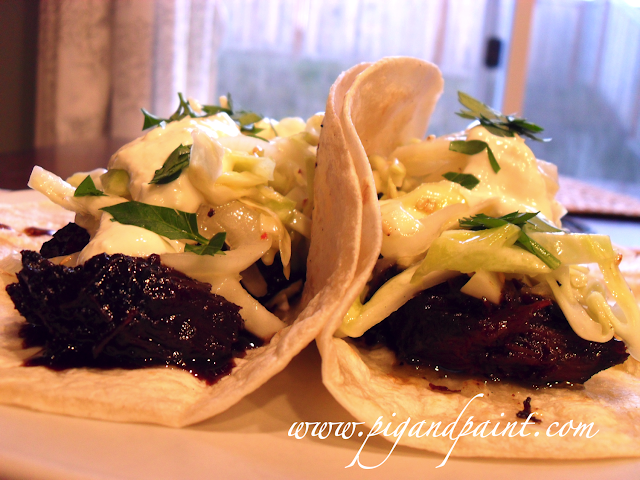