I recently had the honor of following my mother-in-law around her kitchen. And boy, was I ever excited to get to play with rabbits in the kitchen! We were celebrating Brian's younger brother's birthday, who had specifically requested rabbit. I had previously only eaten rabbit in Napa, at Tra Vigne (slowed braised in a ragu with parpadelle) as well as at Cindy's Backstreet Kitchen (again, slow roasted, but this time with chiles, black beans and feta in a tostada). At both locations, the rabbit was prepared beautifully, and paired with bold, earthy and, in the case of Cindy's, spicy ingredients. But I was ready to take my rabbit-eating to the next level and really appreciate the flavor and tenderness of the rabbit, without all of the flashy ingredients that had over-shadowed the essence rabbit prior. I was ready to have my rabbit prepared....(wait for it)....extra wascally. 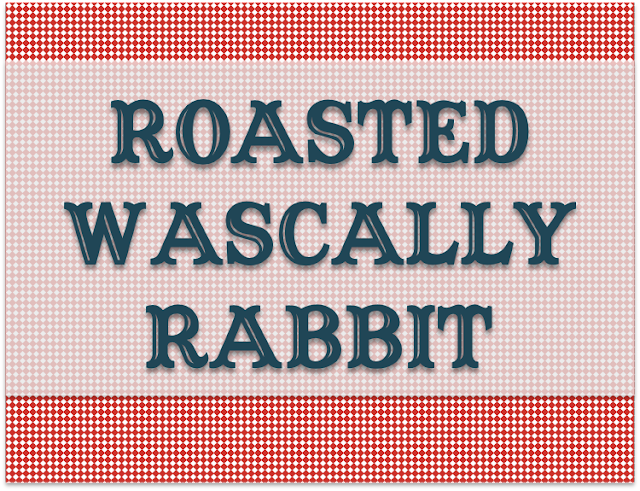 My mother-in-law special ordered two bunnies from a high-end grocery store -- rabbits are not easy to come by anymore -- to feed six of us, and there was plenty to go around.

Quick warning...If you don't like seeing where your food comes from, scroll quickly through the next couple of pictures....because I'm about to show off a headless, skinless rabbit. 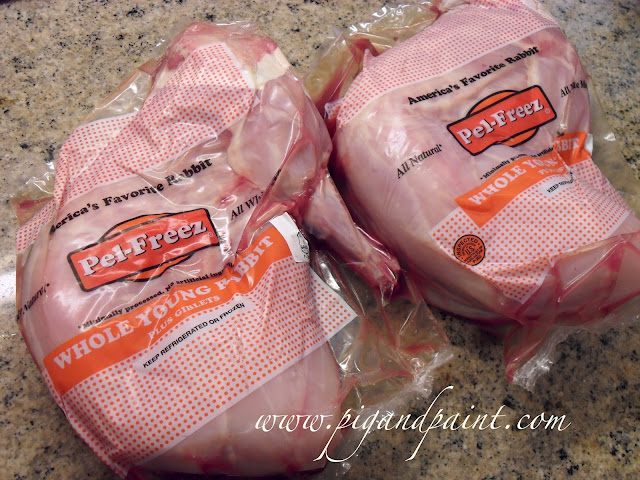 Ta-da!! Brian said this rabbit wasn't very lucky because he didn't have any rabbit feet. 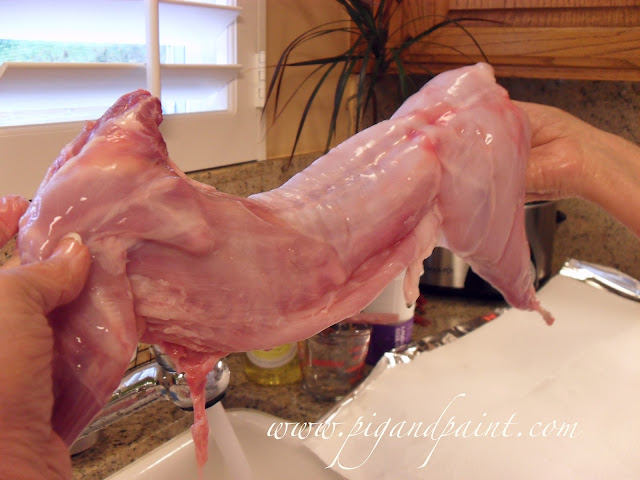 I was put on butchery duty for the evening, which was rather exciting. I don't know why, but I was just a tad fascinated by the rabbit-y physique. I'd never butchered a rabbit before, but found it to be pretty straightforward: I removed the spine, and portioned out the legs, the love handles and the arms. I know what you're thinking. Rabbits don't have arms -- they just have legs.

My mother-in-law seasoned the rabbit, and coated each piece in seasoned flour. She then browned the rabbit on either side in non-stick skillets using a combination of oil and butter. 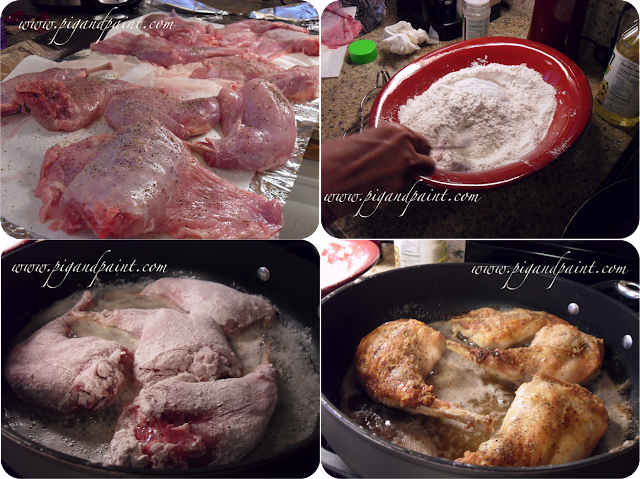 Once browned, the rabbit was transferred to a baking dish, got covered with foil, and went into the oven for about 30 minutes or so to finish cooking. 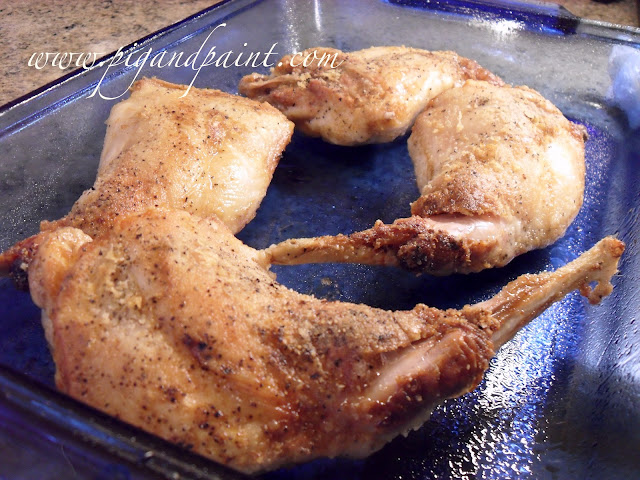 My mother-in-law prepared a beautiful tablescape, as she always does, using her signature color, red. Detailed touches, like the "You Are Special Today" plate for the birthday boy, and a chalkboard with a heartfelt message for each of us, made the night very special. 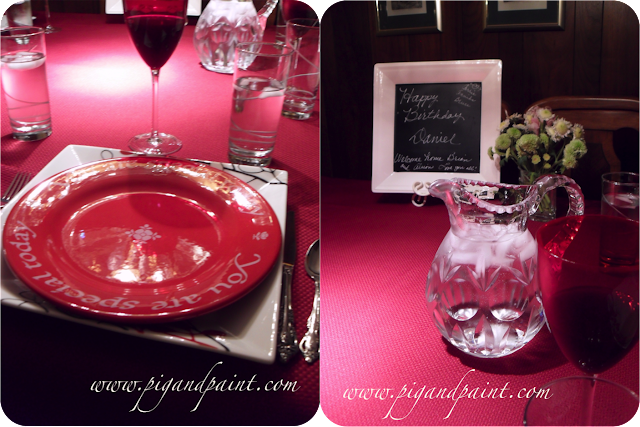 And then it was time for my favorite part.....EATING! It's no secret I'm my mother-in-law's biggest food fan, and she did not disappoint with this meal. The rabbit was perfectly tender and juicy. It was seasoned just right, allowing the subtleties in the rabbit meat to really shine. 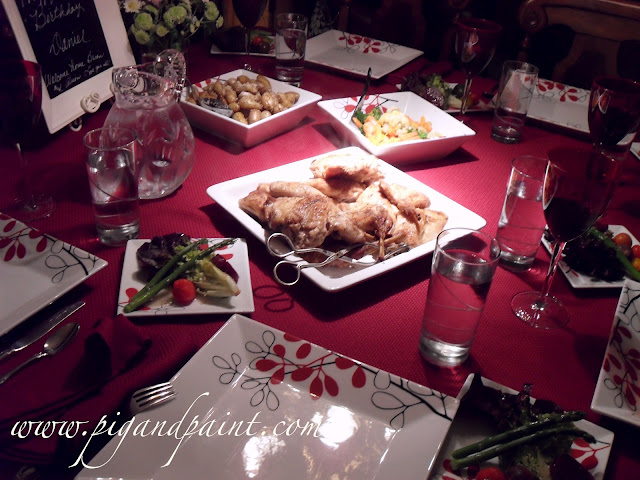 It was a glorious feast! 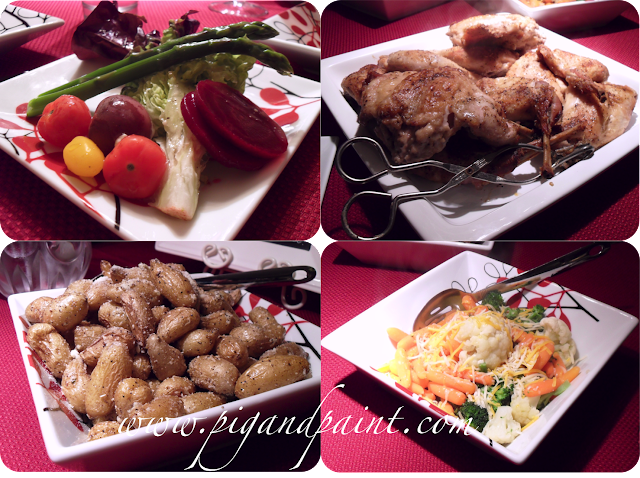 Stay tuned later this week, and I'll share with y'all the recipe for the amazingly delicious and EASY cake we ate after devouring this fantastic meal.