The One that Got Away - A Mason Jar Mishap

So....remember when I mentioned during this post that I had purchased some mason jars for a specific project? Well....that "specific project" was a Mason Jar Foaming Soap Dispenser (sounds cool, right?) and it ended up being a total capital-F-failure. Why am I telling you this? Well.....I'm honestly not sure. I'm kind of a perfectionist -- I like to be right and I like to do things right. So the fact that I'm even telling you that I failed at a DIY project is a big deal. But....it happens to the best of us, and I guess that's what I want to share today. Growing up, my mom regularly shared one of her favorite quotes with us kids, "If you want what you've never had, you must do what you've never done." It stuck with me. You're never going to get anywhere if you don't start moving -- and moving starts with one foot at a time. And it ain't always pretty....take this project, for example. :)

It started out like any other project. I gathered my supplies. My mason jars were a tad larger than I had wanted for this project, but they were a great deal and I figured I could load the bottom of the jar with stones. 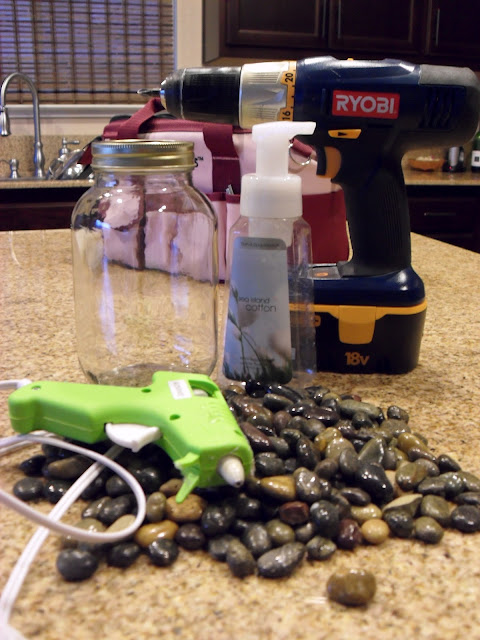 I drilled a hold in the jar lid. 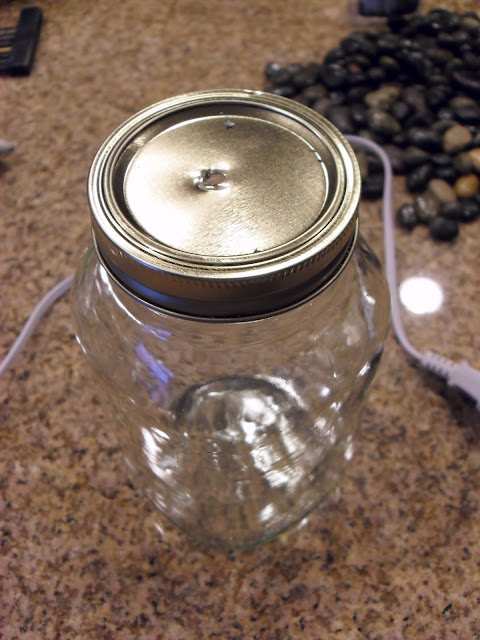 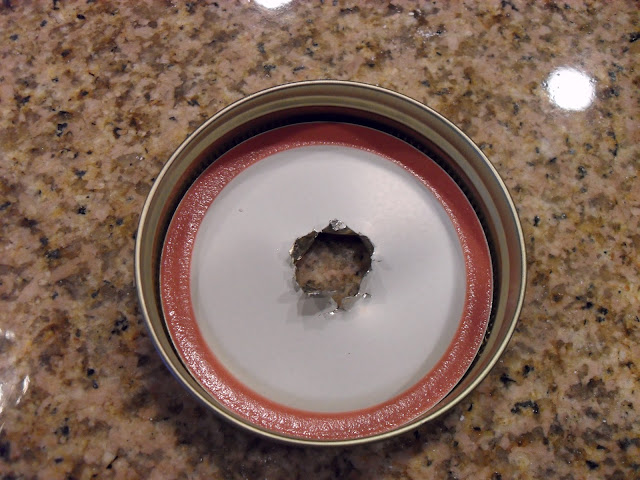 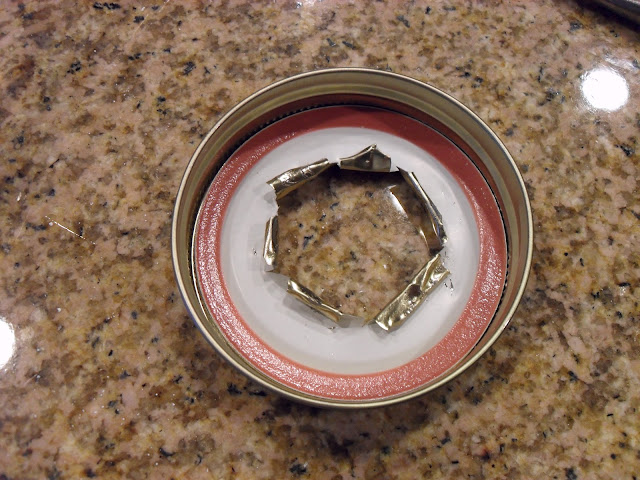 I widened it until it was large enough to fit my soap dispenser rim through it. 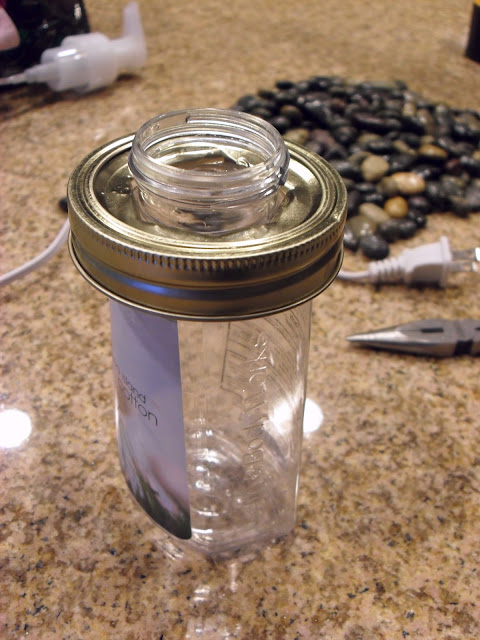 I scissored off the top of my foaming soap dispenser. 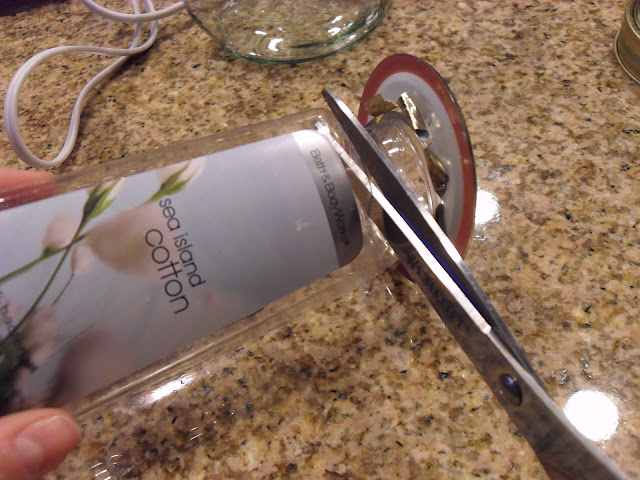 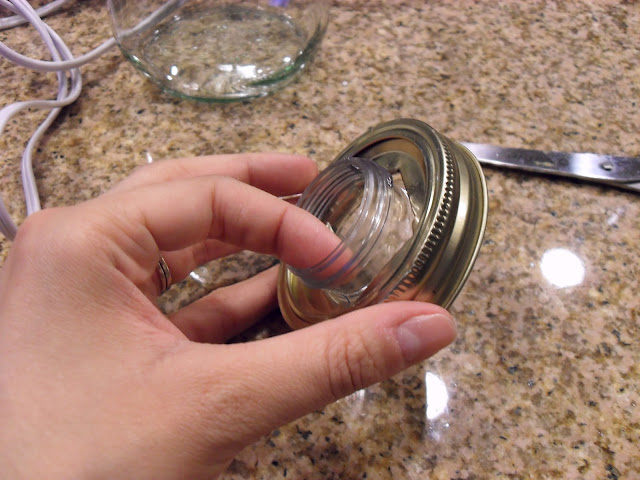 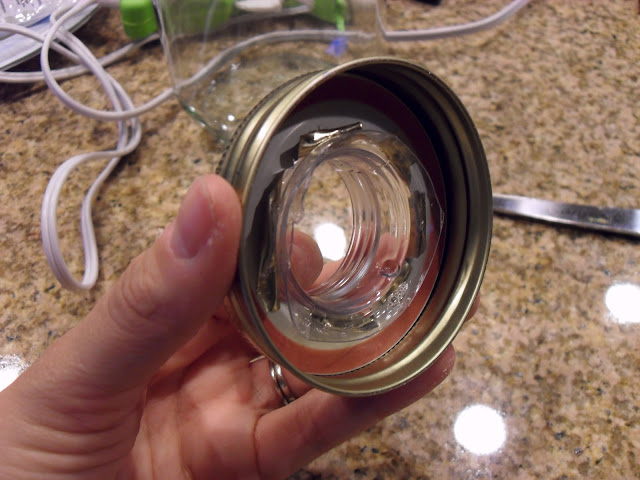 I quickly dry fitted the new dispenser together. Not bad, right? It's actually kinda cute. Don't worry, it gets worse. 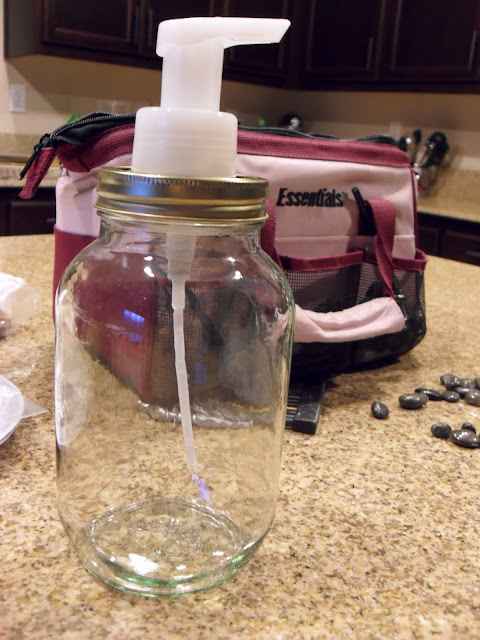 I hot glued the soap rim that I had just cut to the jar lid, making sure to fill all of the gaps. By the way, in case you were wondering, I was following someone else's tutorial who had successfully made ADORABLE mason jar soap dispensers. You can find the tutorial on my DIY Pinterest board. 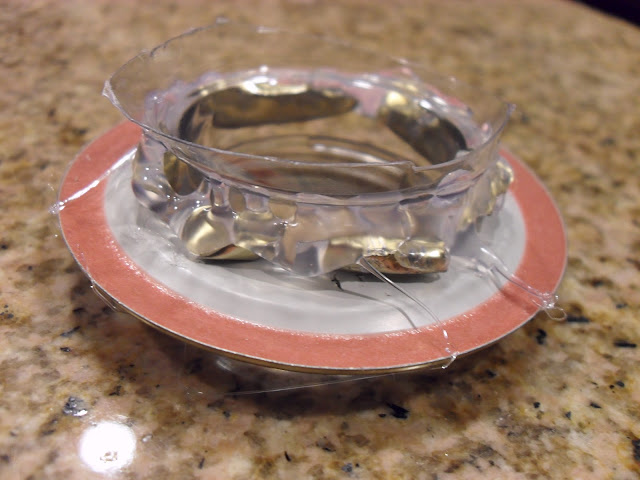 I put my rocks in the jar and filled it about a third of the way with regular dish soap. Still, not too bad. Just wait.....here it comes. 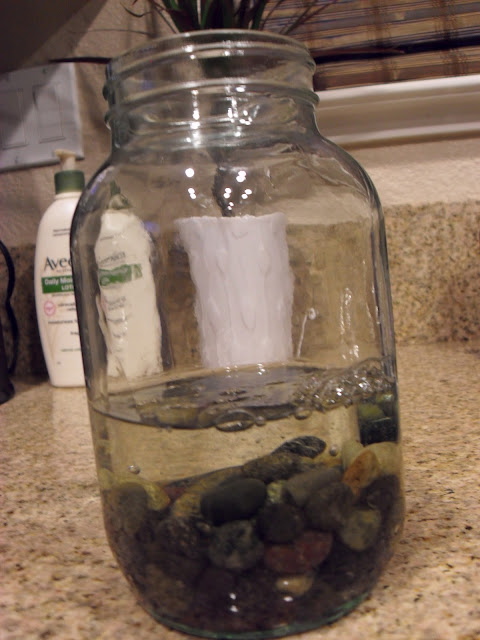 I filled the jar with hot water, and shook it. Um....voila? The DIYed pump-lid wasn't tight enough....and, the soap water inside of the jar looked like the bottom of a river. 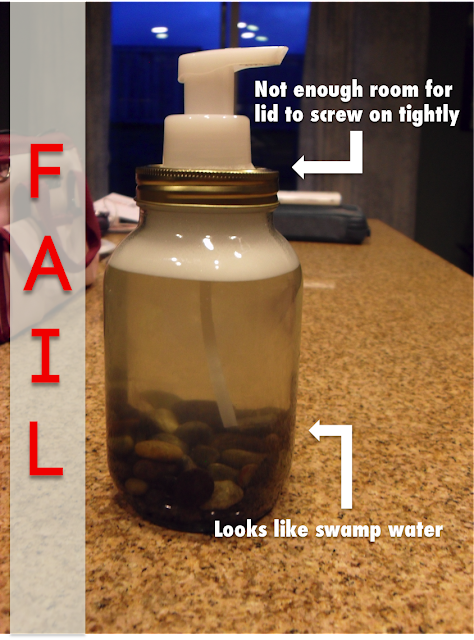 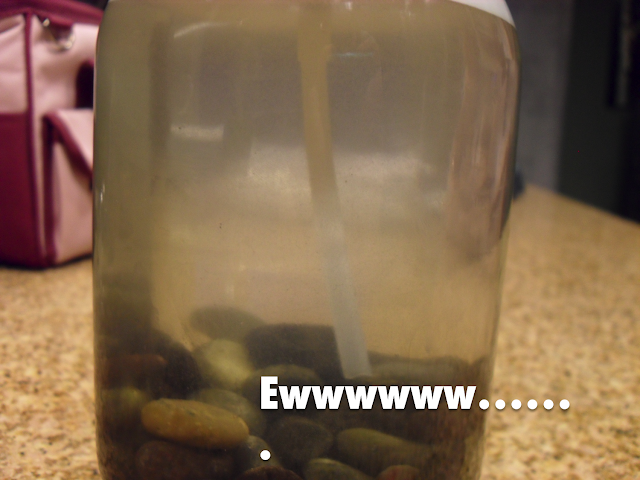 It's a lesson learned, and proof that I don't eat four-leaf clovers for breakfast. I learned that I don't like swamp water, or the bottom of rivers, even if they are bottled up and labeled "soap."

Have you worked on something lately that ended up being a total failure? What lessons did you learn?