At one point in time I had considered painting them, but eventually realized I wasn't ready to experiment on eight chairs -- I'll save that for a smaller project down the road someday. 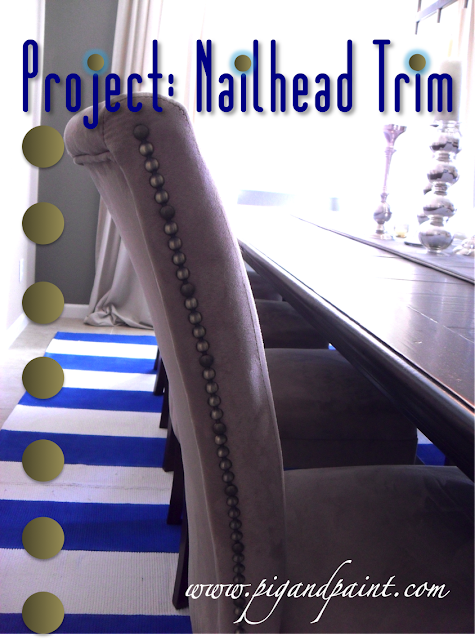 I picked up two rolls of nailhead trim (5 yards each) from JoAnn's Fabrics in "antique gold." The trim was super easy to install -- I just used a mallet to pound nails into the evenly spaced holes. 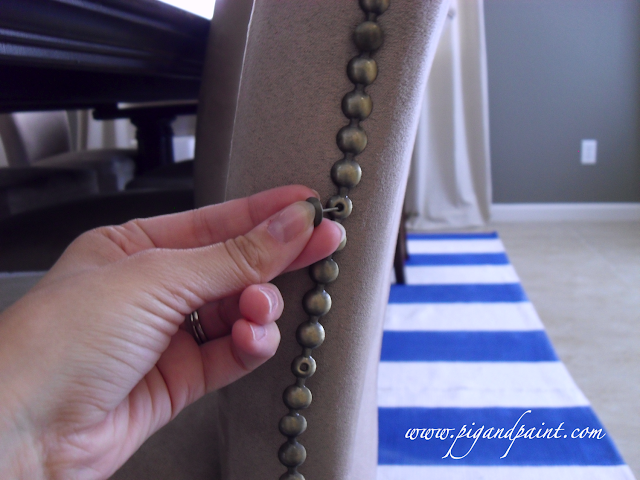 Each package came with more than enough spare nails, which was a good thing because it took me a few tries to get my technique down. Oops. 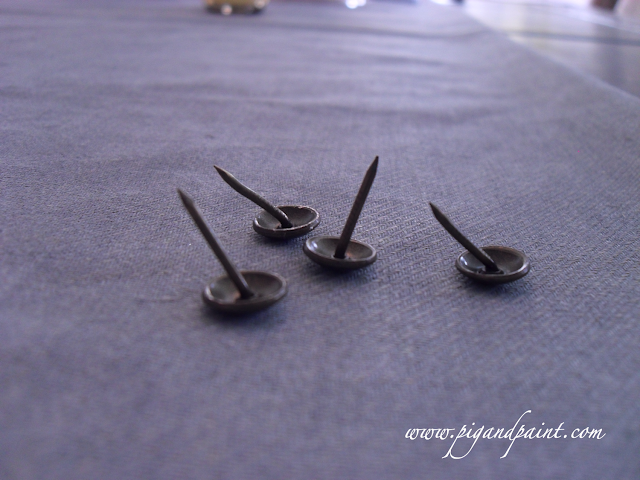 Now I have delightfully trimmed chairs! When Brian saw them finished for the first time he said (and I quote), "WOW! Those look like they cost at least $100 more than we paid." Mission accomplished. 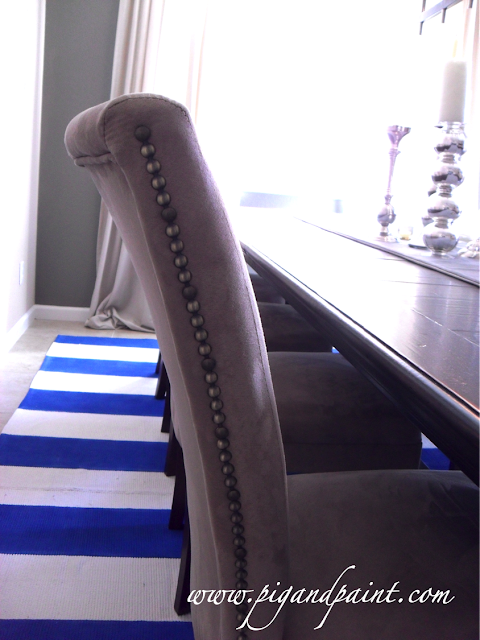 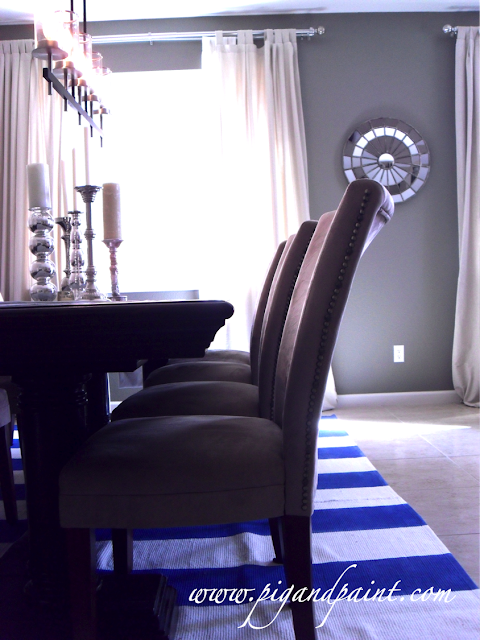 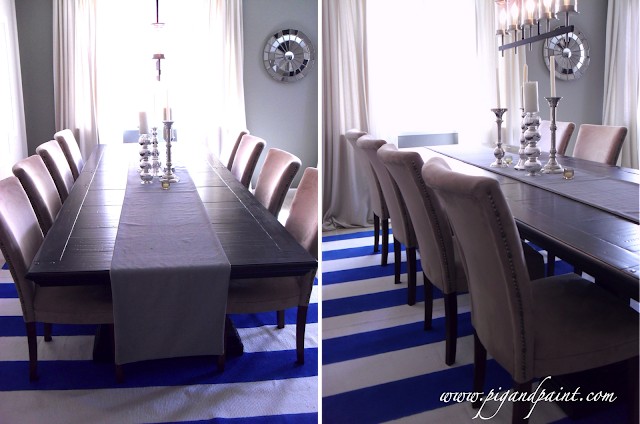 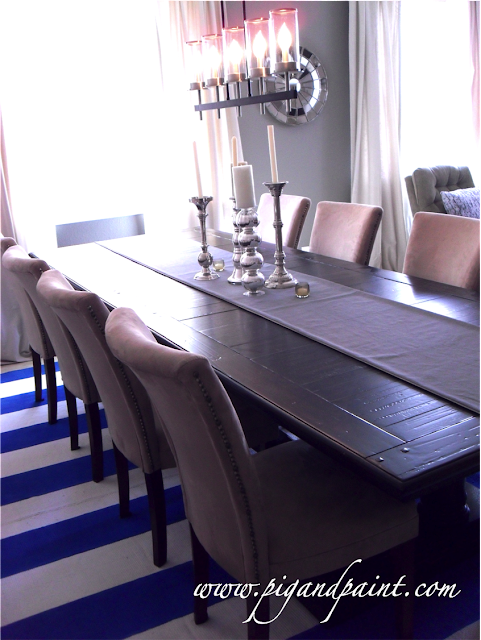