Brian regularly has a group of musicians over at our house (pretty much weekly) who practice music in our loft. Some of the guys come straight from work, so I started serving the boys dinner before practice. And they love spicy!! I mean, LOVE spicy. It's kind of scary actually.

So recently, I decided to test run Pioneer Woman's Spicy Beef Stew with Creamy Cheddar Grits. Click the title (in green) to access the recipe.

So....this was pretty much a huge hit. 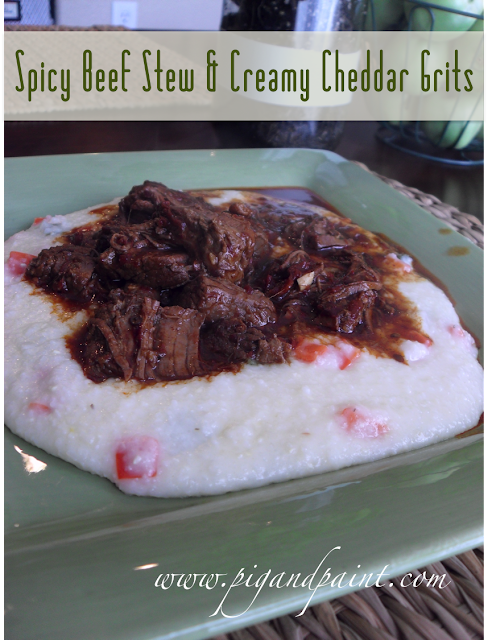 Again, please click here for the recipe. I used beef stew meat, and pretty much followed the recipe to a T, with a few exceptions. 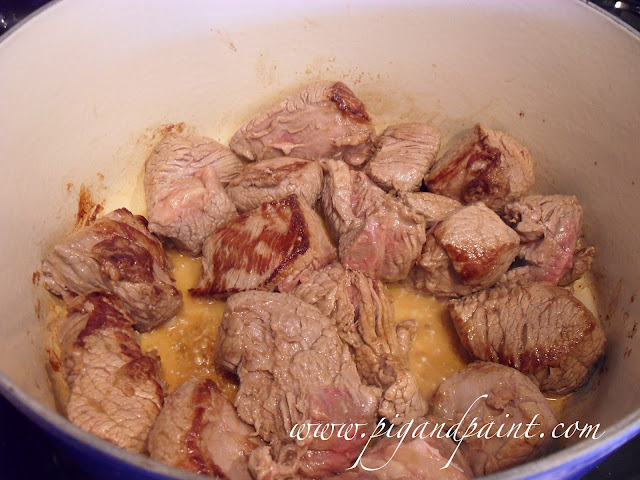 After the beef browned a bit, I added the next round of ingredients....chipotle peppers in adobo, cumin, garlic and chile powder. 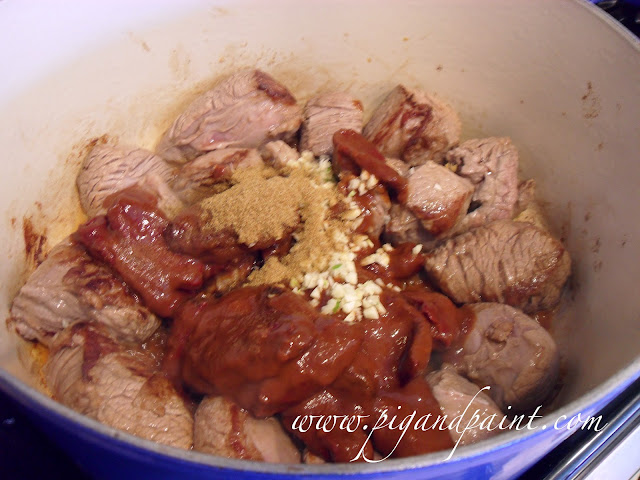 And then in went the beef stock! I let this simmer for a little over 3 hours. 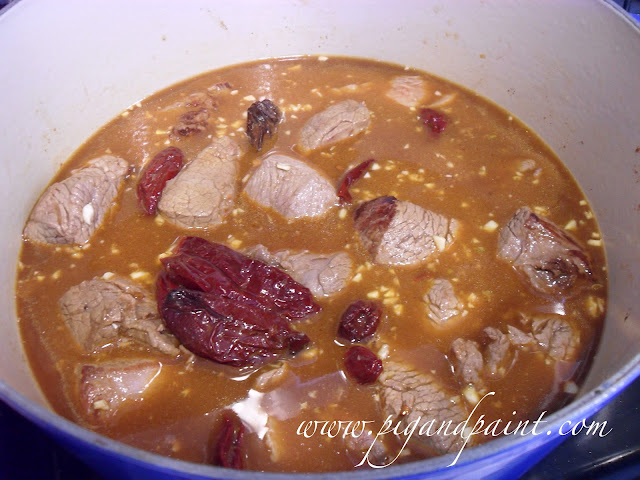 Once the stew was closer to completion, I set my sights on the grits. I could not find regular stone ground grits at my local grocery store, and I didn't have time to shop elsewhere, so I picked up quick grits (note: not INSTANT grits....make sure you get QUICK grits). By the way, I actually did not buy the grits. Brian did. He Facetimed me (the Apple version of Skyping on iPhones for all y'all non-Apple folks) into the supermarket so I could check the aisles for what I needed. It was pretty hilarious and awesome. I'll bet he looked pretty funny slowing showing the merchandise to his phone.

Anywho....I chopped up my veggies and added them to my pot to sweat. 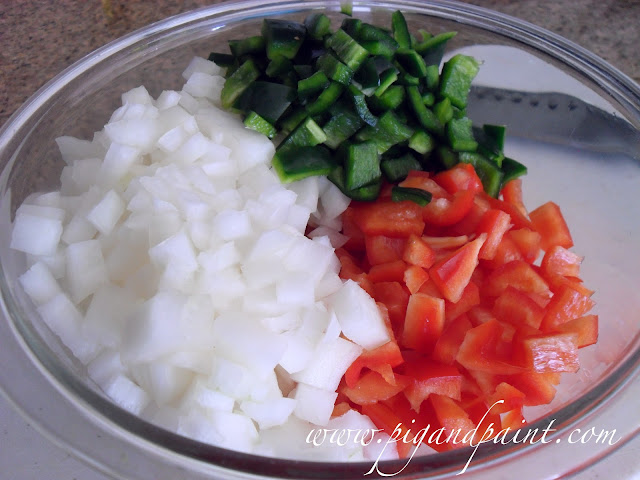 I also had my cheddar shredded and waiting in the wings. I decided to use a white cheddar. 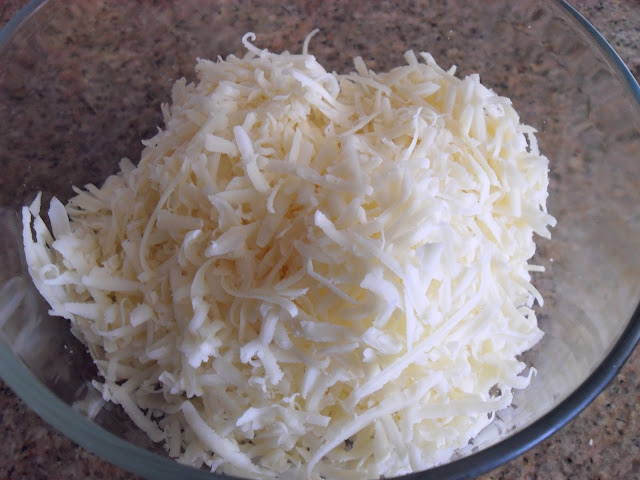 Meanwhile, I noticed my stew wasn't thickening up as the recipe said it should, so I took some of the liquid and poured it into a small pot and heated it over high heat until it was boiling. 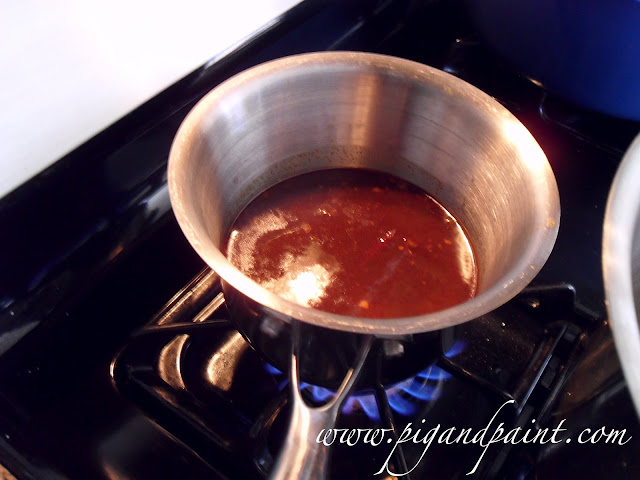 I then added a slurry to the liquid (about 1 teaspoon cornstarch mixed with 2-3 teaspoons cold water), and let the sauce boil until it was reduced by half. Once it was reduced, I added it back to the stew to continue cooking.....this was about 30 minutes before I needed to serve dinner. 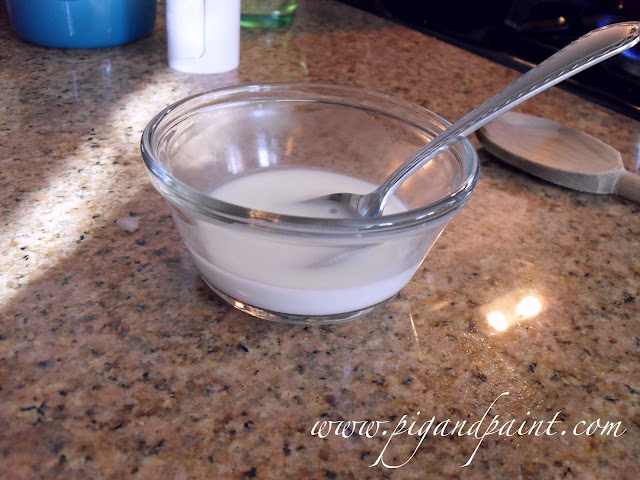 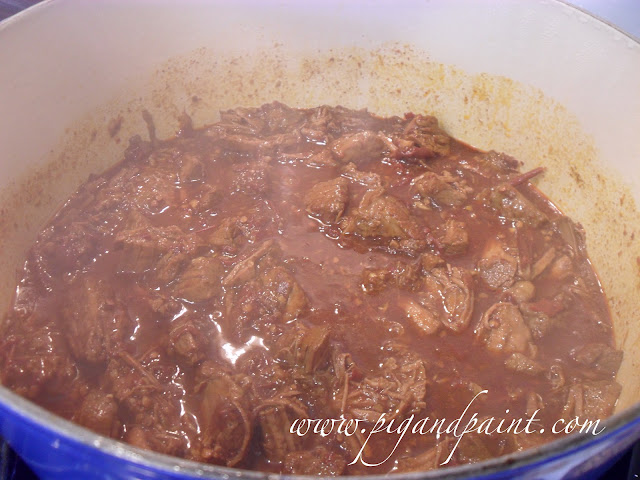 Meanwhile, back at the grits...I added my grits and my chicken stock and began to whisk until it thickened up. 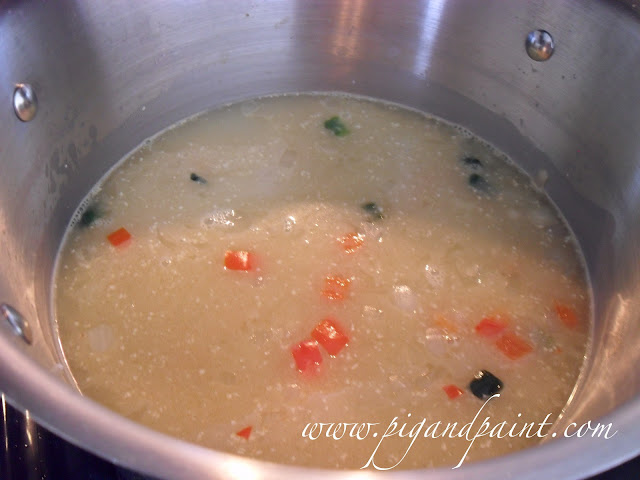 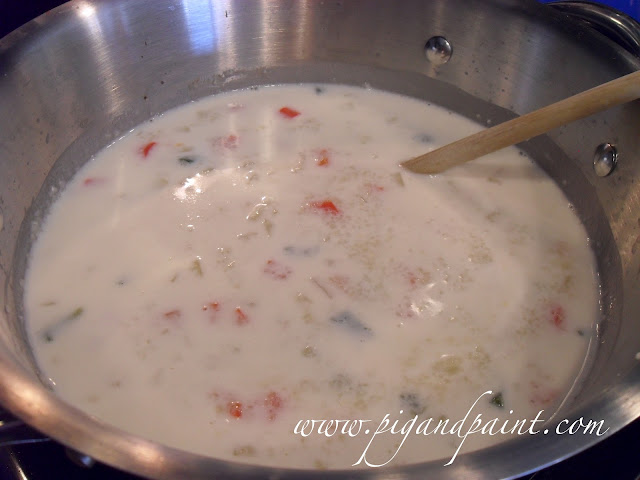 I continued stirring the grits until they were thick. I turned off the heat and added the cheddar cheese. 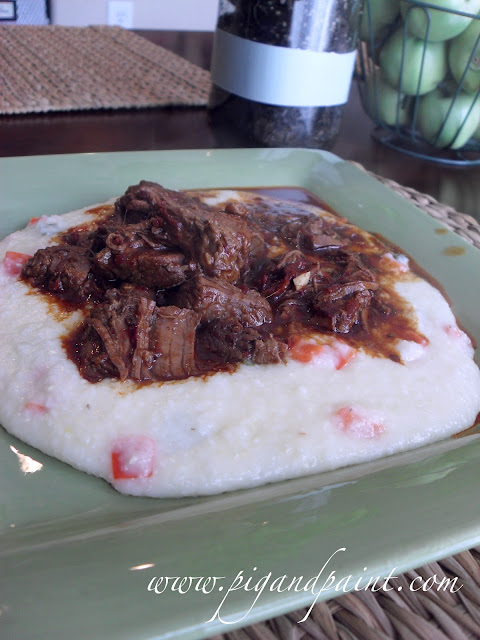 And let me tell you, this was SPICY!! Brian and I toned our helpings down with some sour cream, while some of the other guys in the band toned theirs UP with some sriracha. But, it was a delicious level of spicy -- the flavors didn't get lost under the heat. One of the guys said (and I quote), "I can't remember the last time I was this happy." 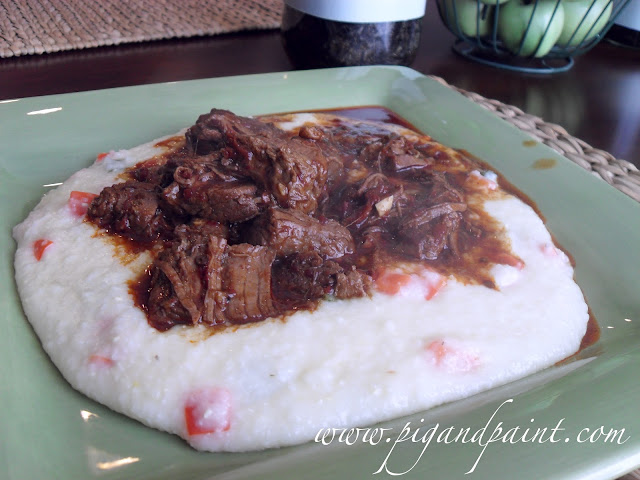