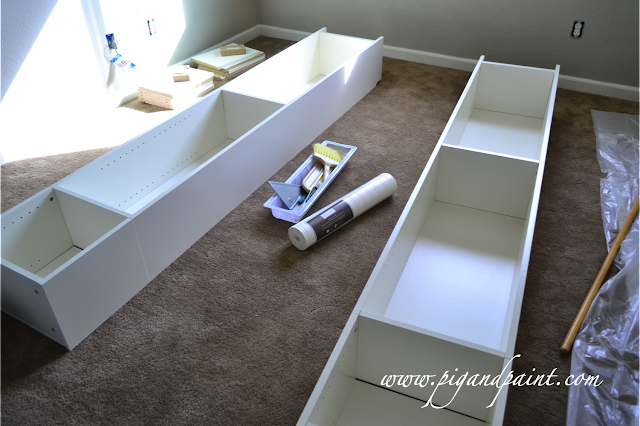 To ensure they didn't look too cookie-cutter, I added a little somethin' special to the bookshelves... 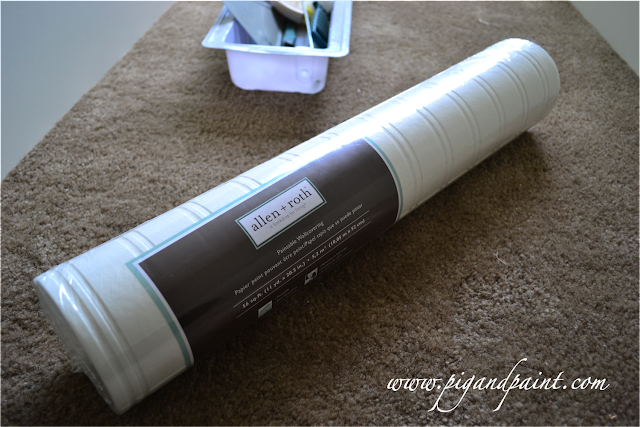 I bought the wallpaper at Lowes and laid it out on my bookshelves. The plan was to line the back of the shelves with the wallpaper. 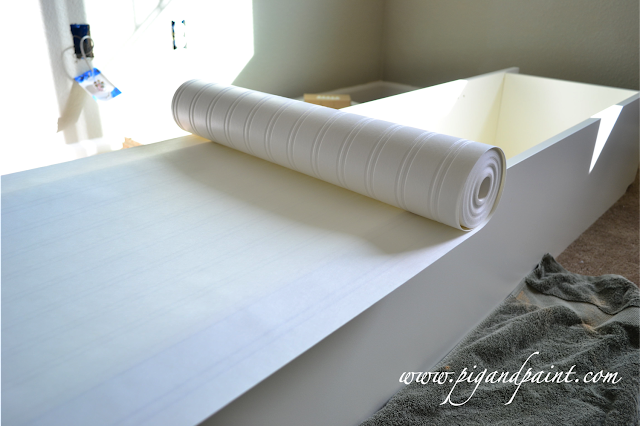 Once my wallpaper was measured, I cut each of the pieces out and got to work affixing them to the back of the bookshelves. 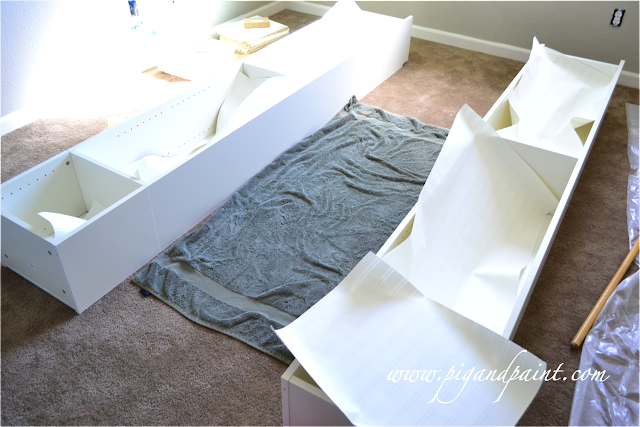 Next, I started building my Hemmes TV stands. You've probably noticed that I purchased the dark brown Hemmes. No, this was not a mistake. For whatever reason, Ikea had chosen to price the dark brown version $40 less than the white version. Since I was buying two of these, I opted to save the $80 and prime and paint them myself. I was going to be painting everything any way, to ensure all components were the same shade of white. 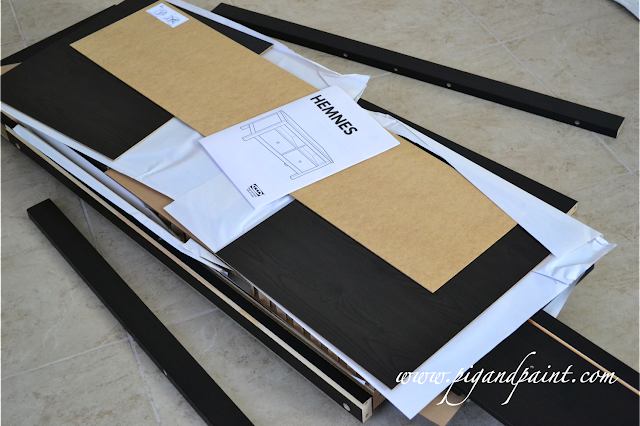 I used a Zinsser spray-on primer and primed my TV stands. 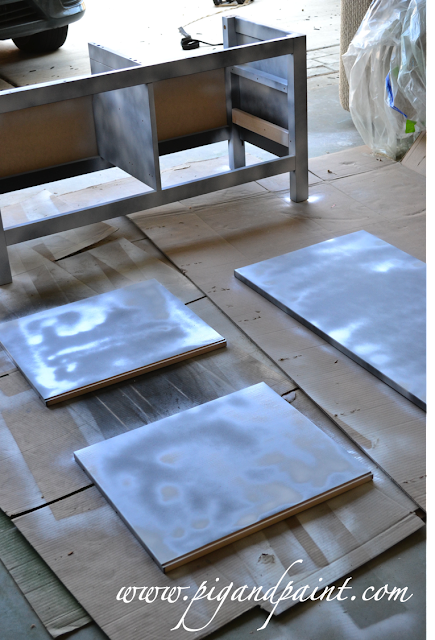 Now, it was the moment of truth! I had measured and re-measured prior to making all of my purchases and in theory the two bookshelves and two TV stands should have fit perfectly without having to remove the baseboards.... 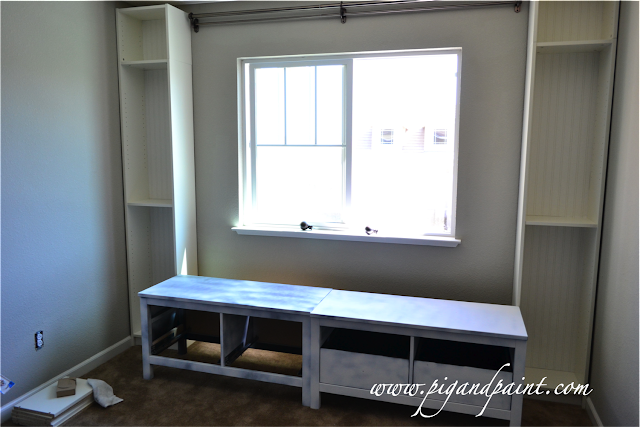 ...in theory. Oops. Time to remove the baseboards! 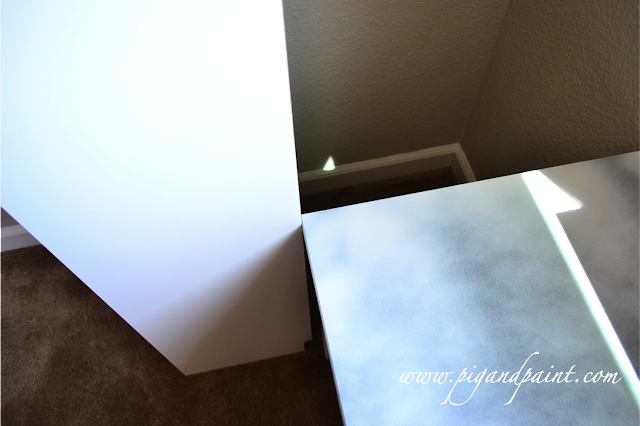 Brian kept insisting on bringing up the reciprocating saw to help with the project. For whatever reason, that's his go-to tool. Any time there's a problem, he's like, "Let's try the reciprocating saw!" and it's almost always a disaster. So, when he suggested it again to cut the baseboards, I finally had to sit him down (and this is a true story) and tell him, "No. Nine times out of the ten, that saw is a bad idea."

I busted out my mallet, a flat head screwdriver and my chisel and got to work prying the baseboards away from the wall gently. We marked where the bookcase ended on both sides of the room, so we knew exactly how much baseboard to remove. 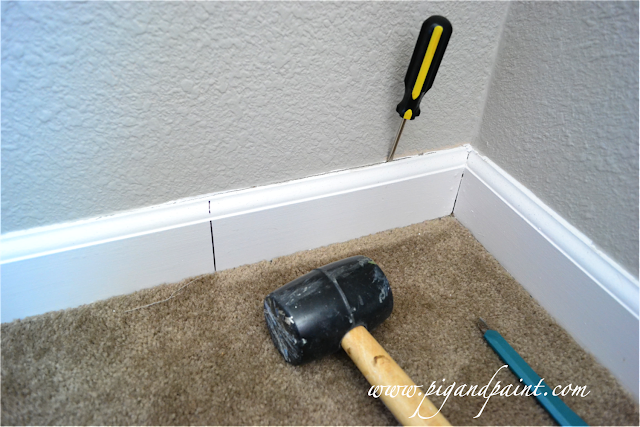 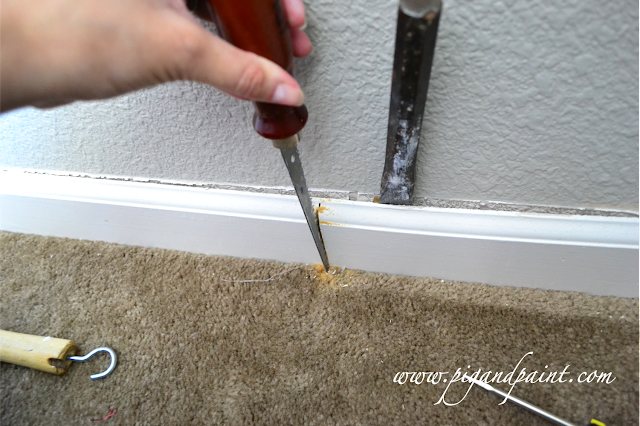 It took a little patience, but eventually we had lift-off! 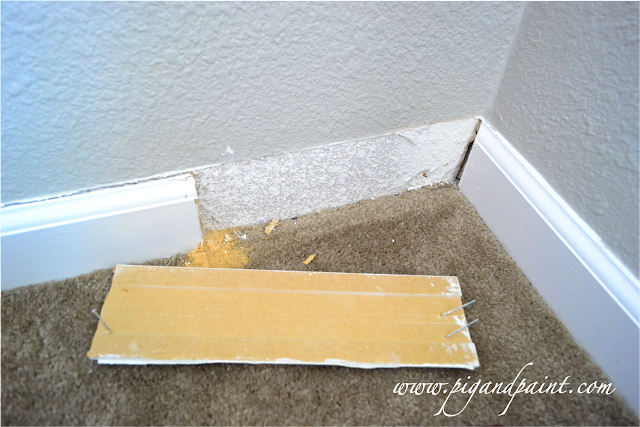 Now our bookcases fit snugly against the wall, along with the two TV stands. 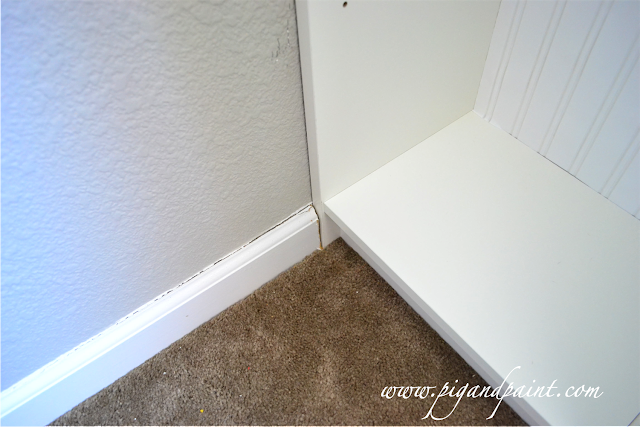 The last thing we did was to cut an access hole through the back of one of the TV stands so that we would always have access to the outlet we would be covering up. I don't really have plans for that outlet, but I figured it never hurts to have it available in the future. 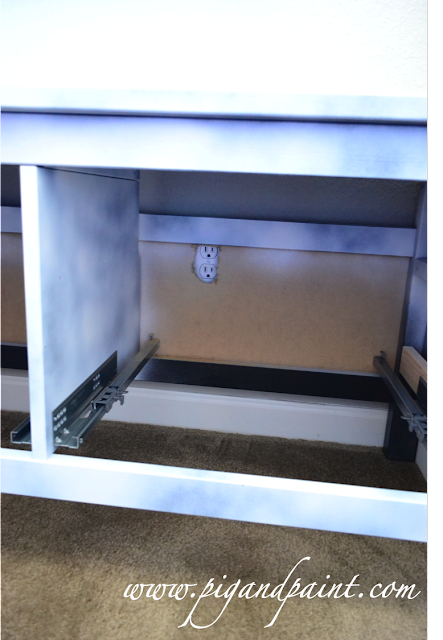 We secured the bookshelves and the stands to the wall, and called it a day! Literally. After I took this picture, we went to Hecho en Mexico and I ate a giant (and very satisfying) burrito, and was pretty much useless the rest of the day. 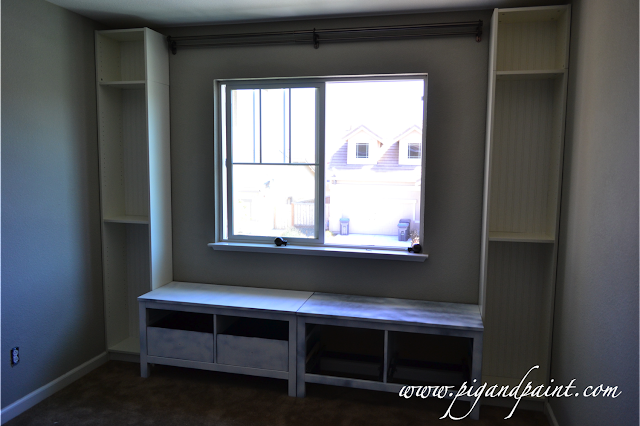