Here is a super easy and very inexpensive party favor, great for baby or bridal showers! I made Oatmeal and Rosemary bath soaks recently for my friend's baby shower. Oatmeal is a great (and cheap!) natural moisturizer -- great for winter skin or baby bumps! 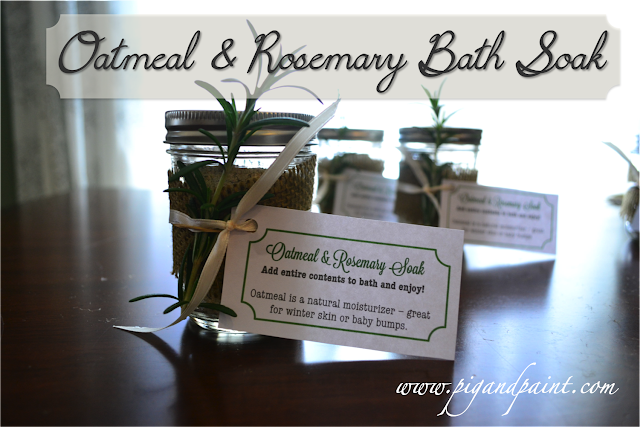 It all started with a rogue rosemary bush in my front yard. Apparently, this bush was getting everything it needed to thrive, because thrive it did! It was quickly taking over my front yard, so I busted out my clippers and trimmed it back.

I rinsed the rosemary well. 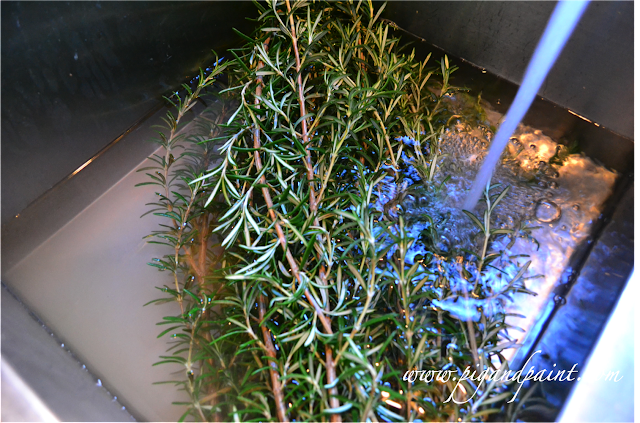 I let it dry on some paper towels, but honestly wasn't too picky about this step since it would all dry out in the oven eventually. 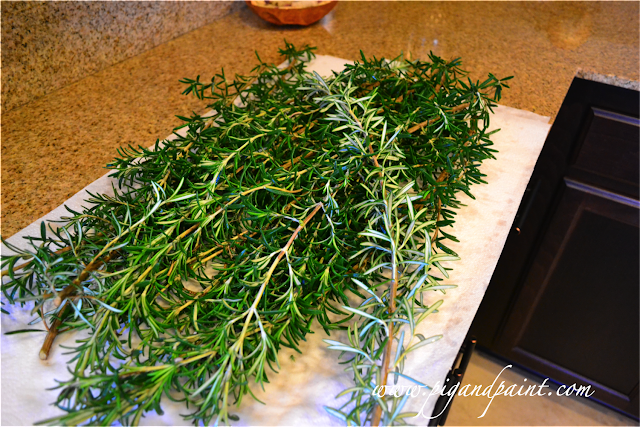 I lined my baking sheets with paper towels... 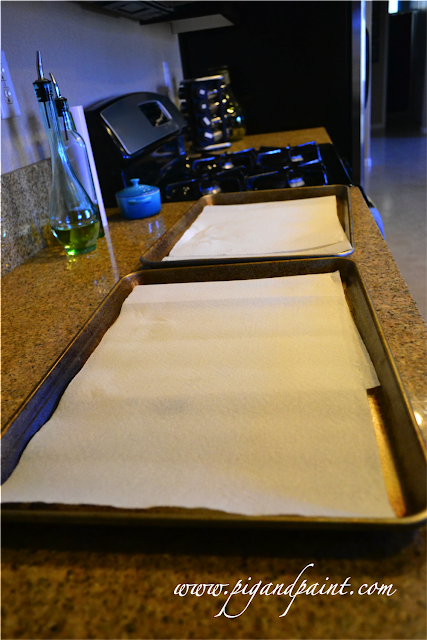 ...and then laid my picked rosemary leaves on the paper towels. I did not use the stems. 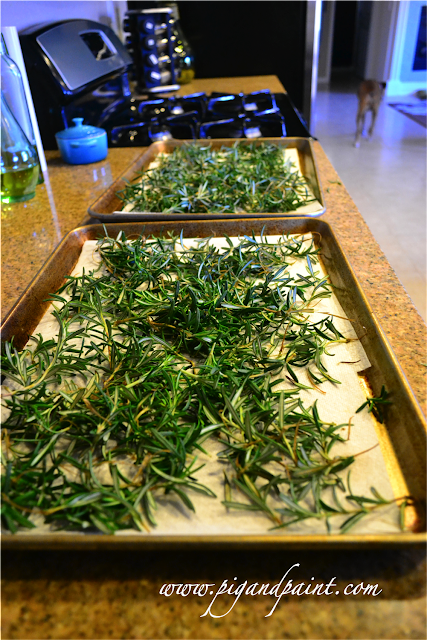 I covered them with another layer of paper towel... 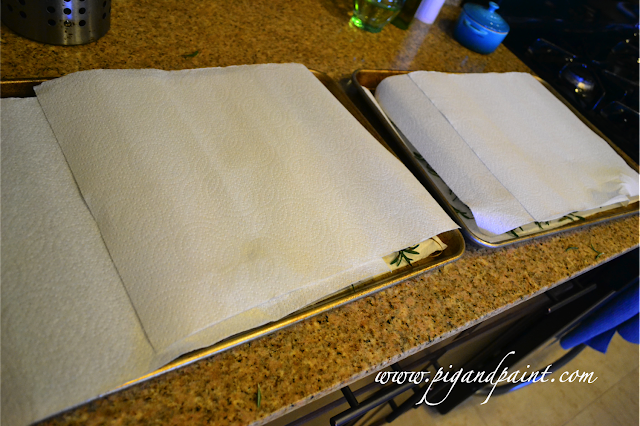 ...and popped both trays in the oven, and set it to 180 F with the door propped slightly ajar (to allow any steam to escape). 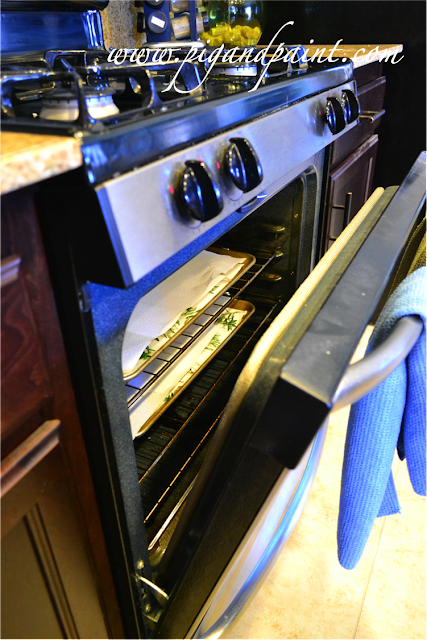 I left my rosemary in the oven for about 90-120 minutes, rotating the trays and tossing the rosemary around the trays every 30 minutes or so.

While I waited, I decided my rosemary bush still needed more pruning, so I ended up putting a big bunch in a vase with some water..... the rosemary is STILL looking amazing in the vase and it's been several weeks. This stuff is indestructible! 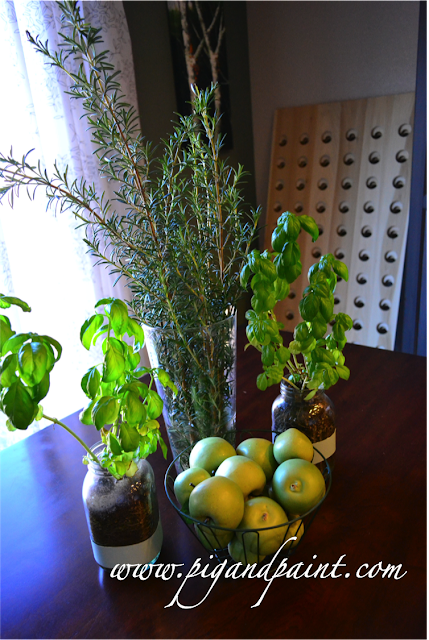 Once my rosemary was evenly dried, I pulled the trays out of the oven. 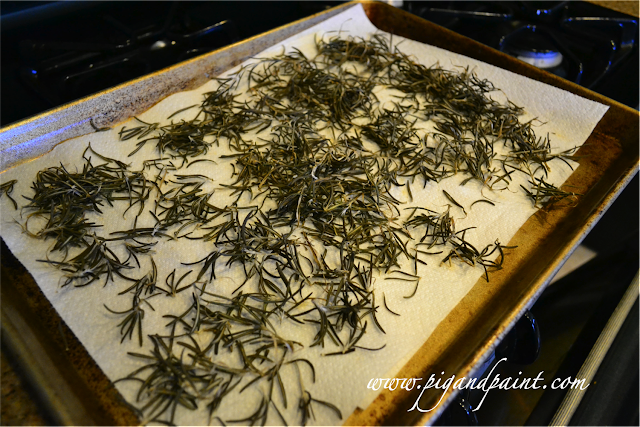 I tossed some oats and rosemary into my food processor (whatever ratio smells the best to you)... 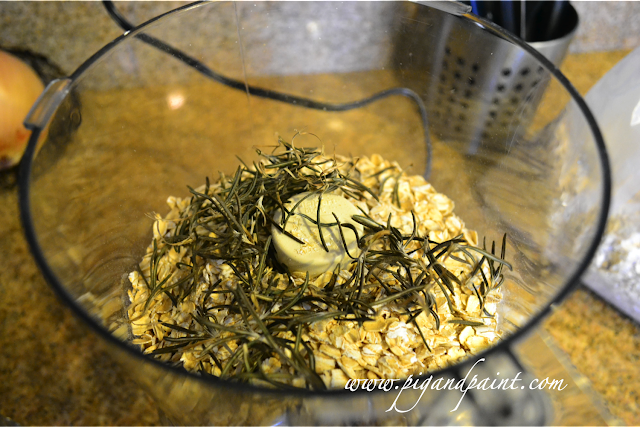 ...and buzzed them together until they were finely ground. 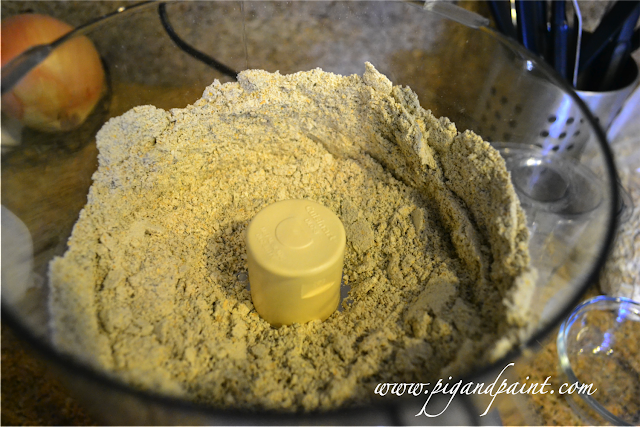 I spooned the mixture into little mason jars. Walmart sells boxes of mason jars very cheaply. I'm sure you can get them cheaply at other stores as well. 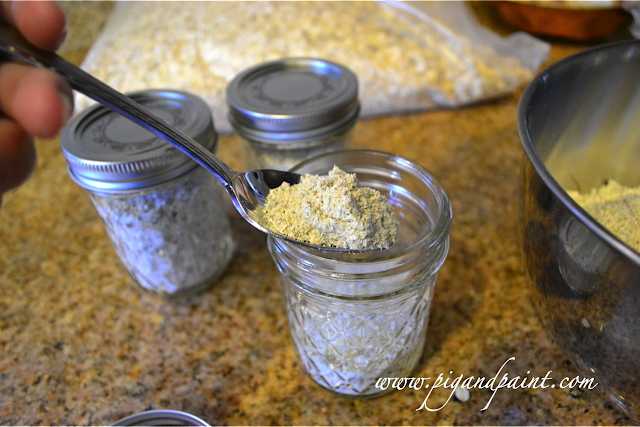 And then I got to work making my jars look adorable. 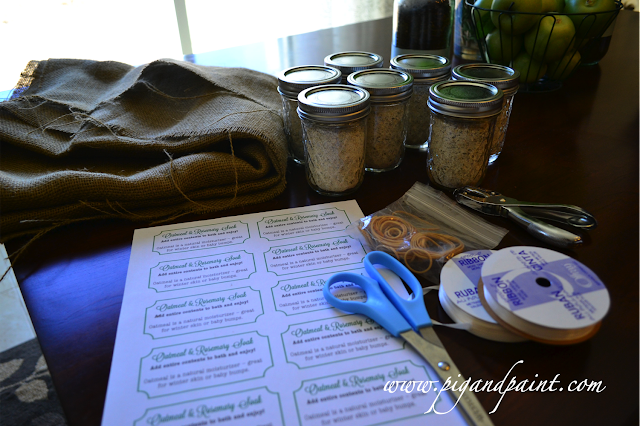 I cut thin strips of burlap. 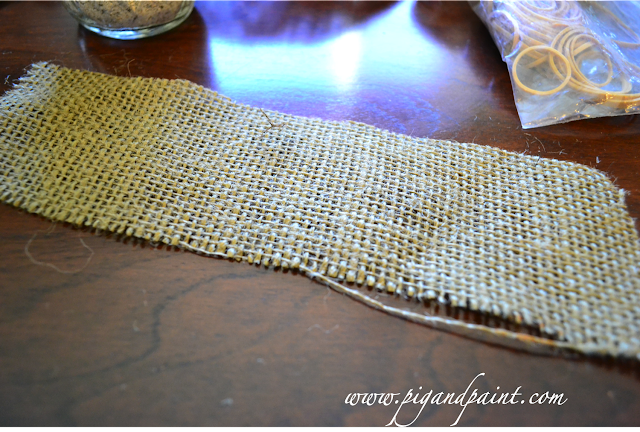 I used a rubber band to secure the burlap around the jar. 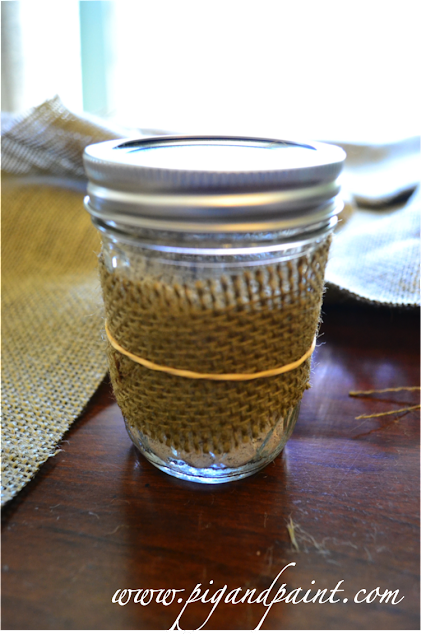 I designed labels on my computer (using MS Word... nothin' fancy) and printed them on regular paper. I cut them out and punched a hole in the corner. I used a piece of ribbon to tie them around each jar. 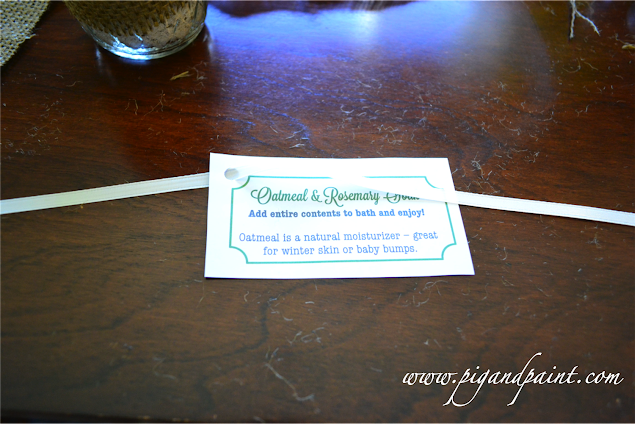 If you'd like to download my tags, you can do so by clicking the link below. Unfortunately this version is not editable, so if you'd like the editable version, just email me at alison (at) pigandpaint (dot) com (replace "(at)" and "(dot)"with the appropriate symbols...I didn't want to type it correctly because frankly I don't want spam email). 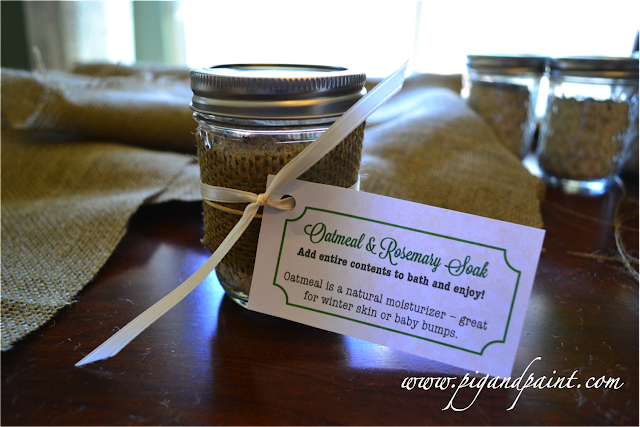 And then I was done! You could also add little sprigs of fresh herbs to make them even more adorable. 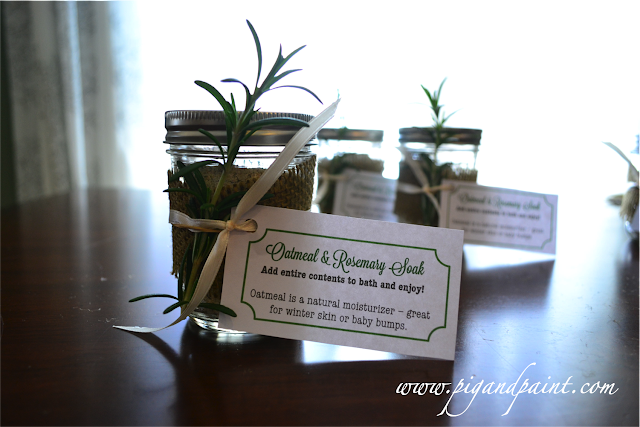 As the ladies were leaving the baby shower, I recommended they dump the contents in an old sock and tie off the end of the sock, instead of dumping the contents directly into their bath water. This way, they could use the sock like a tea bag in their bath (makes for easier clean-up), and also use the sock as a loofah or washcloth. 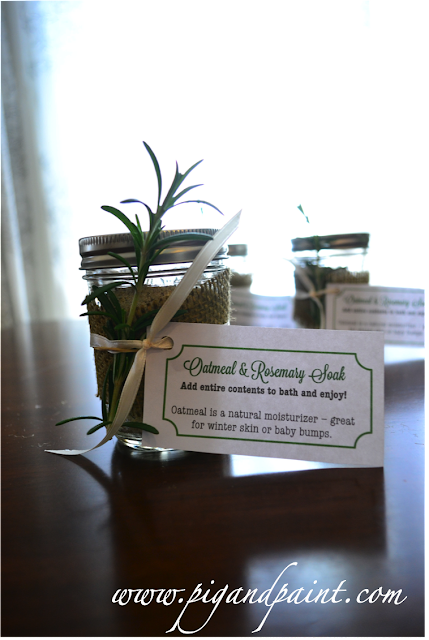