I wanted to catch y'all up on a couple of updates I've made to the nursery. If you follow Pig and Paint on Facebook, you probably saw that I finished the nursery curtains -- and went into labor a few hours later (oopsie!).

So, here they are! 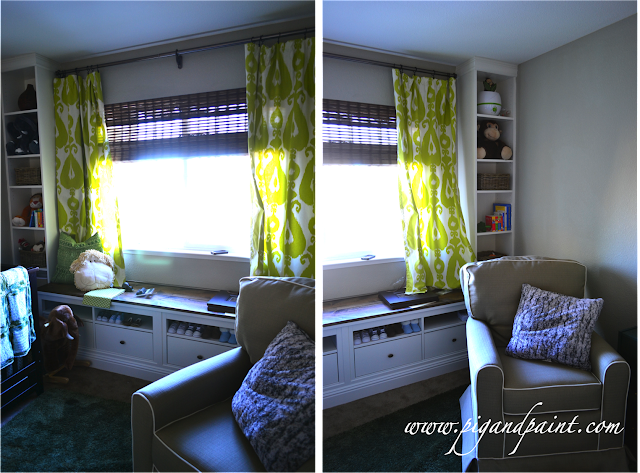 I also added a skirt to the crib. I ghetto-DIY-ed it with some safety pins attached to the mattress frame. Don't judge...I only had so much time before Samuel was going to wake up from his nap. 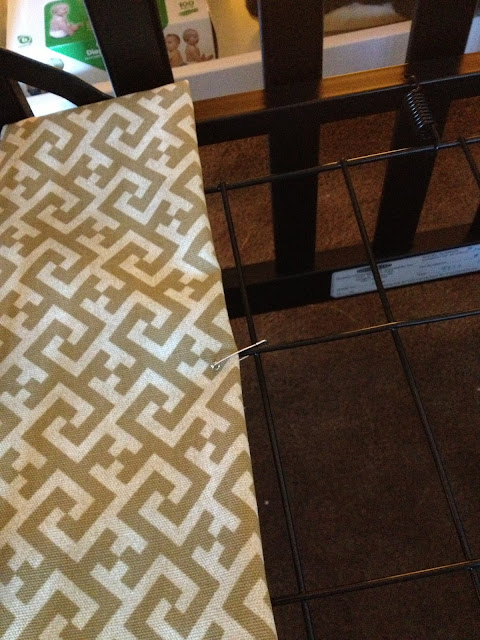 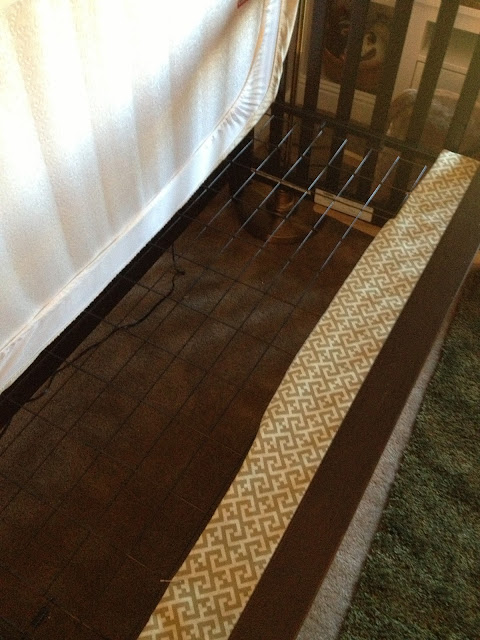 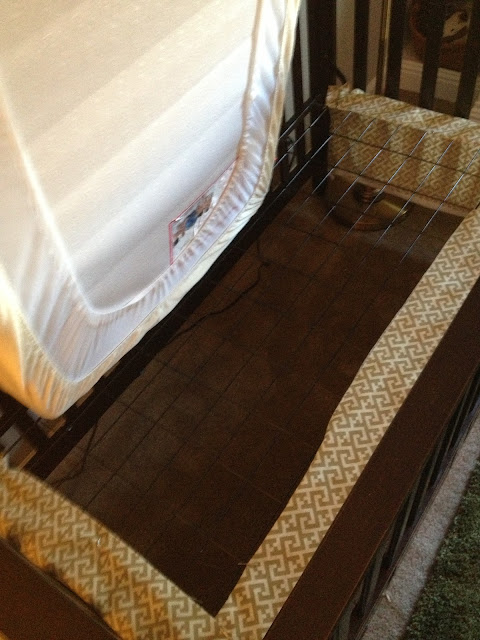 Easy cheesy! By the way, that creeper in the back is Mo the Mammoth peering out from behind the crib -- he's awesome! He's a rocking chair wooly mammoth from my mother in law. Samuel is going to have a blast playing with him when he's older. 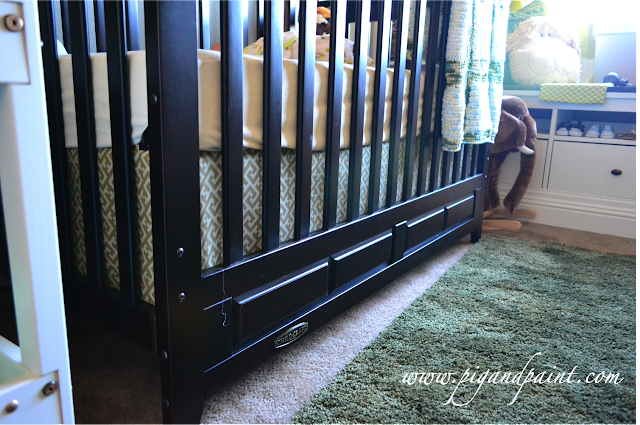